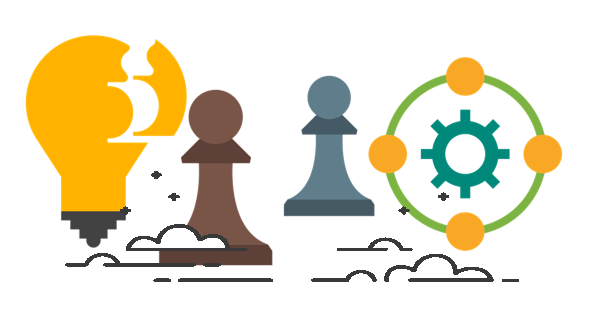 Beth Comstock is a change maker who has helped people grapple with rapid-fire change and open up their companies to transformation.

In her 27 years at GE, she was Vice Chair, Chief Marketing Officer, she created GE Ventures, she oversaw GE Lighting and spearheaded the company’s innovation push under Jeff Immelt.

She has captured lessons learned in her new book, Imagine It Forward: Courage, Creativity and the Power of Change.

I was lucky enough to have an hour-long conversation with Beth for my podcast, Future Squared. You can listen to the entire conversation below.

Upon reflection, and listening to the conversation several times over, here are lessons learned on corporate innovation and ultimately, driving change in a traditional organization.

2: Necessity is the Mother of Invention and Action

The reason startups are synonymous with rapid experimentation, whilst large companies are known for meeting overload, is because startups have a limited runway and resources and are usually spending more than they’re making on their quest for a sustainable cash-flow positive model.

Large companies, on the other hand, have an existing profitable business model, and it may have been that way for years or decades. The urgency just isn’t there.

3: Operate your Organization on Different Speeds

“How quickly do you respond to customer inquiries; or

“How quickly do you respond to simulations or risk assessments?”

Getting faster at things essentially strengthens that muscle, and the faster our feedback loop, the faster we learn and figure out what works and what doesn’t.

If we wait until the change is already happening, we’re too late. For example, at GE, the threat of driverless cars might not mean much given that the company doesn’t make cars. However, the driverless technology which can be applied to trains and planes (something GE does make) is a threat.

What are the second and third orders of consequence?

6: Marketing is what you do at the beginning, not the end

In most traditional organizations, marketing doesn’t get involved until the product is on the proverbial shelves. Instead, marketing should get involved from day one in an effort to better understand our customers, their needs and what we should be putting on shelves in the first place.

If you’re driving change, it’s not enough to just talk about what is happening on the outside. You need to translate it for decision makers internally in a way that is relatable, relevant and cognizant of internal culture and language.

Take decision makers and influencers on field trips into the heart of ‘the edges’ — what’s happening on the outside. Immerse people. “They need to see it to understand it themselves”, says Comstock.

“What’s the worst that can happen if threat X comes to fruition?”; or

This gets us to think about things from a new perspective and uncover ideas and opportunities that may otherwise remain hidden from sight.

By taking lots of small bets instead of few large ones, we get ongoing feedback, we invest money at a reasonable rate, and we ultimately end up allocating capital more efficiently.

Who are your partnership customers? These are customers that are more likely to be invested in product development and testing, and because they helped to develop it, they will feel a greater sense of ownership of the product too.

When you scale prematurely, you end up with an over-engineered product. Kind of like your remote control. It has 100 buttons, but how many do you actually use?

13: Tighten Up Your Policies and Procedures

If speed is fundamental to success in innovation, then policies and procedures that slow us down must be addressed.

For example, something like a non-disclosure agreement could be a dozen pages long and take weeks to approve. “Cut it down to a page and cut the cycle time and approval time down from weeks to a day”.

Ask questions like “do you really need these approvals?”.

14: Innovation is always messy and not necessarily fun

The faster we concede that and align expectations, the better.

You need to have real examples you can point to, relevant to one’s business unit in order to get and keep buy-in.

17: Adoption of Naysayers is Powerful

It’s not only early adopters who matter, but if you can convince the most ardent naysayers in the organization of the value of change or of a fundamentally different way of doing things — such as the lean startup — and if you can turn them into vocal advocates, then you are in a very strong position, and would have learned how to overcome many of the detractors across the organization as a result.

“Anyone in the company can give anyone feedback about anything”.

It’s not just the customer feedback loop that must be shortened, but so too the employee feedback loop. GE got rid of annual performance reviews in favor of ongoing feedback.

On evaluating feedback on your own performance: Understand the difference between feedback ‘relevant feedback’ and ‘v ’interesting but not relevant for what I’m trying to accomplish right now’.

The core business can also benefit from a redesign in its policies. “There are always areas that need improvement in core business operations”, says Comstock.

Leverage Amazon Web Services or someone else’back end or app, during the early stages. It doesn’t cost much, you can test and learn fast and then decide whether to build it yourself or develop your own variation and get best of both worlds. Prove the use case first!

“Every corporate executive can carve space, time, budget out to experiment to discover what is new and next”

At the end of the day, it comes back to leaders taking ownership.