Design better products, services and internal processes, and gain an advantage over your competition.

DOWNLOAD COURSE OUTLINE
Thank you! You will be contacted for the details shortly.
Oops! Something went wrong while submitting the form.
[DOWNLOAD FREE EBOOK] THE WEB3 VALUE CHAIN: 50 WEB3 USE CASES FOR ORGANIZATIONS OLD AND NEW

Toronto has long been a place of creativity and innovation.

After all, the world has T.O to thank for the pacemaker, insulin, the paint roller and even instant replay!

And when it comes to creativity, it’s hard to look past the Raptors’ Kyle Lowry.

That being said, Toronto also gave us the whoopee cushion… some inventions are clearly better than others.

It’s much the same when it comes to corporate innovation, where some ideas have far more potential than others.

You can’t hit a home run every time so you often have to settle for getting to first or second base, and sometimes, you just strike out.

Yet, far too often, organizations fail to recognize this and pounce on one of the first ideas that comes to mind, which can end in disaster.

That’s where design thinking comes in.

Having worked with giants like Microsoft, MetLife and Electrolux, we’ll work with you to generate ideas, develop the ones worth most pursuing and then knock them out the park, like the Blue Jays at the Roger’s Centre.

Our team of multi-disciplinary talent works all over North America and are ready to step up to the plate and carry out the same game plan that’s made companies like Tesla, Amazon and Google creative powerhouses. 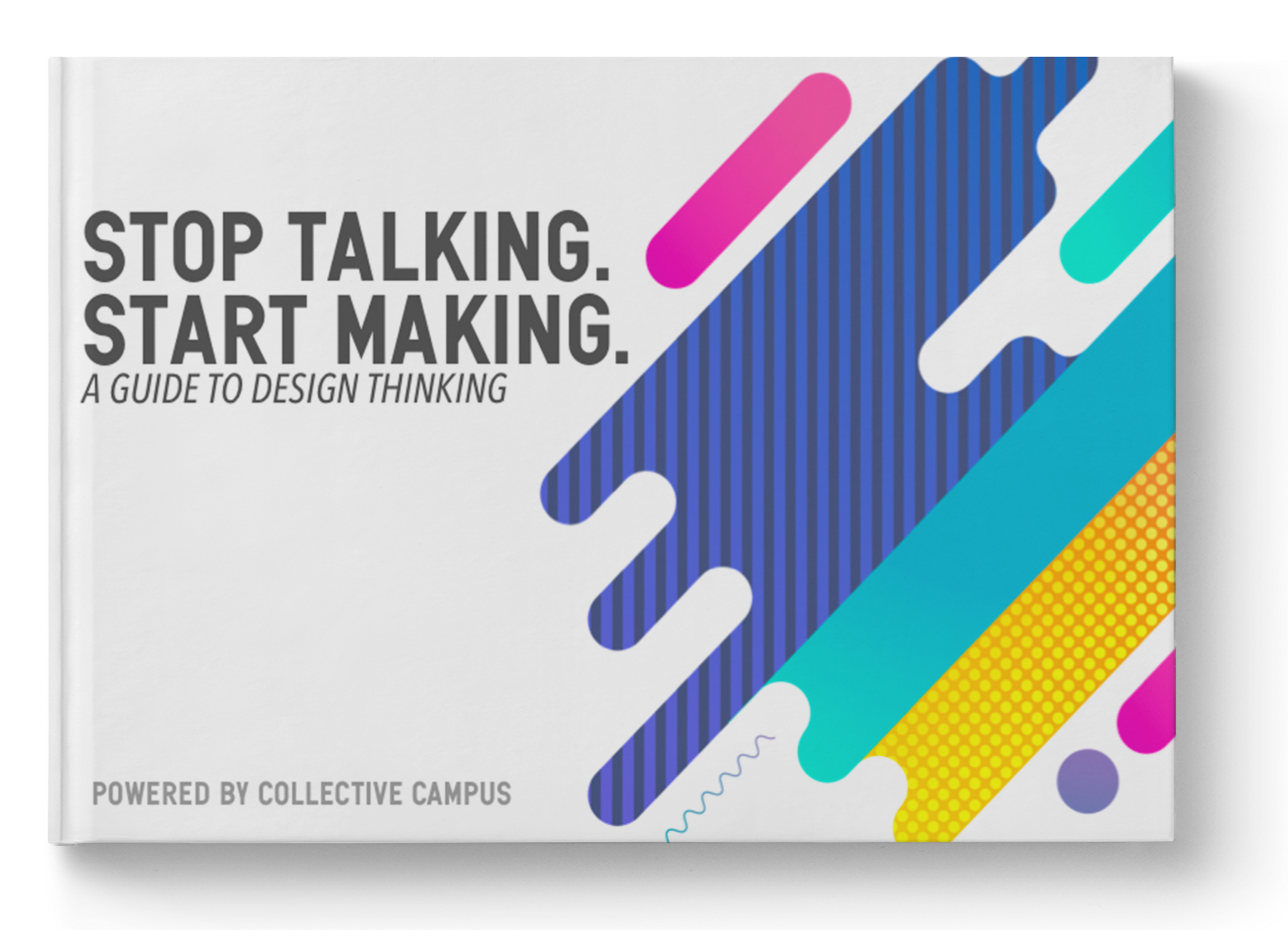 WHO IS IT FOR?

Design thinking is not just for product teams. It can be used by people from across your organization to solve whatever problems they are faced with. For companies in the
Toronto
region and surrounds.

Our design thinking training can be delivered face to face, online or via a blended delivery model and can be customised to your organization’s unique requirements.
‍
Participants are encouraged to bring real-world projects to the training and apply concepts learned in real-time to generate measurable business outcomes

"I have participated in Design Thinking workshops in the past that were held by innovation teams of very large organisations. However, Shay from Collective Campus approaches Design Thinking in a very engaging way – especially for those who have never heard of the concept before.

Unlike other workshops, the one Shay delivered did not feel lengthy, nor did it overwhelm new participants. However, the impact was still valuable – if not more than previous sessions I have been to. A reference booklet which summarised the process was also given to participants post the session.  Overall, I would highly recommend partnering with Collective Campus if you are looking to explore and further employ Design Thinking in your organisational processes."

"The Maddocks team really enjoyed the session from Collective Campus and each team member gained a lot from it. I am excited about next steps to progress the top ideas that came from the session and the team cannot wait to start putting some of what they learned into practice."

“The team were looking at how they could improve efficiencies with the work they do and come up with creative ideas that would add value and engage the business. Shay ran a Design Thinking workshop at our team’s offsite and the workshop provided a framework in which we could generate creative ideas, shortlist them and vote on the ones we thought might fly.  The process was fun, engaging and provided some team bonding.”

"Fostering a culture of innovation is one of our key objectives at Yarra Ranges. This led us to engage Collective Campus for a one-day session on Design Thinking. As a result, the Innovation team was able to apply these principles to innovation initiatives while aligning with the rest of the organisation."

Empower your people to take a human centred approach to problem solving
DOWNLOAD COURSE OUTLINE
Thank you! You will be contacted for the details shortly.
Oops! Something went wrong while submitting the form.

Shay is the GM of Customer Strategy at Collective Campus. He has launched several startups and helped drive customer experience and innovation across large organisations in industries including retail, utilities, financial services and legal services.In addition, he has coached teams on Design Thinking at companies such as ASIC, Yarra Ranges Council, Maddocks, Pinsent Masons, Clifford Chance, and Tabcorp.

You can check out his insights on Design Thinking here: