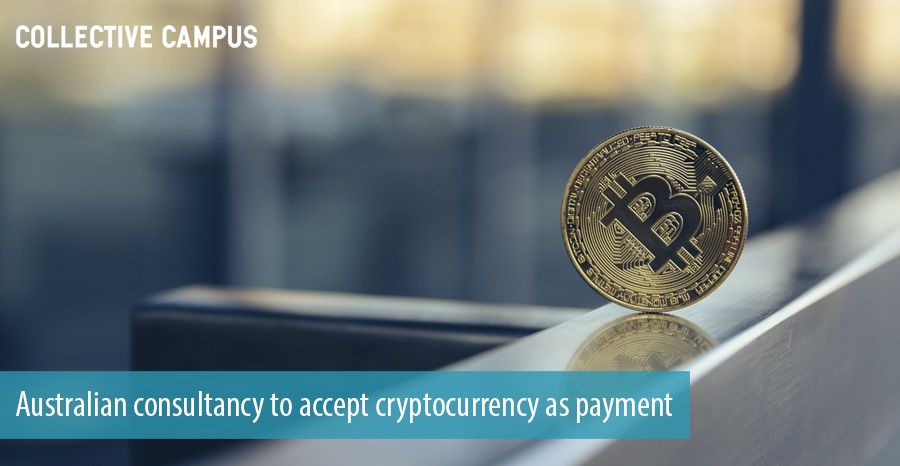 Since launching in 2015, the firm has incubated over 120 startups and delivered consulting services to big-ticket clients across the world – BNP Paribas, Microsoft, Metlife, and King & Wood Mallesons included. These and other clients can now pay the firm’s fees via cryptocurrency – following a move that reflects the firm’s forward thinking ethos.

“Accepting cryptocurrency won’t necessarily give us a competitive advantage, but it’s about continuing to build and nurture a company culture that encourages new ways of doing things. The moment we resign ourselves to the status quo, we stop moving forward, and ultimately regress.”

Many more will likely follow suit, in a global trend that has many concerned. Touted as the future of (alternative) money and a quicker, easier, more transparent and more accessible alternative to the current financial system, cryptocurrencies have also proved themselves to be volatile entities with frequent leaps and troughs in value.

Glaveski singled out Dogecoin, which currently has a market capitalisation of $30 billion, but is widely ridiculed for its origins as a meme. Much of its value can be ascribed to isolated social media posts from major business personalities – Elon Musk included – keeping it out of most conventional investment portfolios.

No barrier for Galveski, though. “While we appreciate the risks associated with Dogecoin, we treat it as we would any other highly risky alternative asset class.”

“We don’t purchase or carry more than we can afford to lose. We include it as a small bet in a larger diversified portfolio. And we keep the majority of our funds in cash and in low-risk but reliable investment classes such as index funds.”