Village Roadshow wanted to gain exposure to emerging talent and solutions in the virtual and augmented reality space so that it could add to its offerings in the film, gaming and theme park domains.

Collective Campus developed a custom 'mixed reality' accelerator program, identifying, recruiting and nurturing nine (9) startups through a 13- week program. We made a concerted effort to select startups that aligned with Village Roadshow's strategic objectives and its different business models such as cinema, film & DVD distribution, marketing and theme parks.  We also recruited minor sponsors, such as Microsoft, Telstra Labs and HTC Vive and a number of high profile program mentors from the VR and AR space, in addition to our ecosystem partners such as Amazon Web Services, Zendesk, MYOB, Hubspot and IBM. 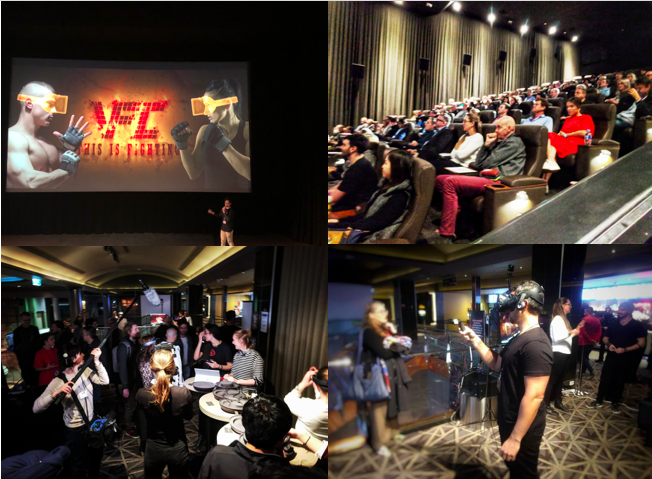 Of the nine startups that graduated from the program, four are continuing to work with Village to apply their solutions to its different divisions, whilst three are working with other organisations and investors that they connected with during the program and at the program's demo day.Seven of the nine startups made significant progress honing their business models, development roadmap, marketing and sales funnels and project management methodology during the course of the program, whilst the other two pivoted based on learnings generated during the 13 weeks. The startups that we selected included: