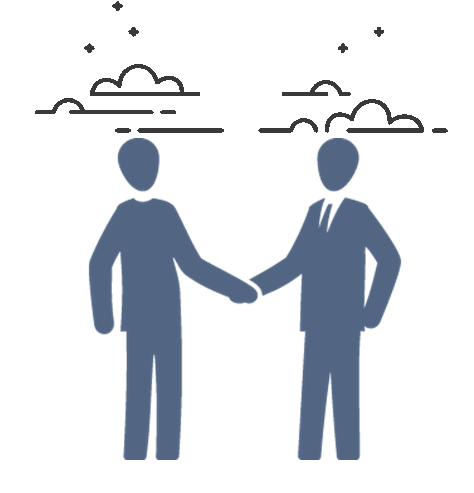 Today’s episode of FFF is for all of the corporate innovators our there, all of the entrepreneurial thinkers and status quo challengers working for a large company. You might feel a little bit suffocated or restrained by your companies processes...you might often see your ideas get shot down by middle or senior management, you’re probably asked to completed a 50 page business case simply to test an idea that requires only a few hundred dollars and access to some customers, everything you suggest might require a meeting with key stakeholders who take weeks or months to get around a table and any decisions ultimately require the review and approval of higher ups. It’s no wonder that innovating in a large company can be hard.

In one of my previous roles, I urged the risk management department of a bank to explore the adoption of sophisticated data analytics tools to aid with fraud detection and effectively make the team’s job easier and freeing them up to focus on where they can add the most value, rather than doing mundane, boring, monotonous tick and flick work, prone to human error.

The response? You see Mark, over in that corner...he’s great at writing macros in Excel - never mind the fact that the company had half a trillion dollars in funds under management.

But I get it, this company and the people empowered to make decisions were incentivised not by creating the new, but by maintaining the old. Why rock the boat when you’re living a comfortable lifestlye, flying business class doing what you’ve always done, right?

But of course, that mantra won’t sit right with the listeners of this show.

So, what do you do when you’re met with this rhetoric?

Look no further than Richard Drew. In 1925, Drew was just a junior 3M employee charged with improving sandpaper.

However, he stumbled upon the idea of masking tape when he observed body shop workers painstakingly touching up flawed paint. After some time working on building out prototypes, the then-President of 3M, Wiliam McKnight, told Drew to drop the project and get back to work on improving sandpaper.

Drew agreed – for about 24 hours. and went back to the lab. In the middle of an experiment, a door opened and the President of 3M entered the lab. He looked at Drew, noted the experiment and continued walking.

Drew finally hit on the right combination of materials, and he asked McKnight to approve funding for a paper making machine needed to manufacture the new tape. McKnight considered the proposal, but demurred. In his capacity as a researcher, Drew had authority to approve purchases of up to $100; he began writing a flurry of $99 purchase orders and later confessed his strategy to McKnight while he was showing himhis new machine.

There’s no record of McKnight’s reaction, except that Drew continued to work for 3M.

And today, adhesive tapes is a $61B industry, growing at 5% a year and #M dominates the industry.

This tale gives us numerous take-aways, but heres three...