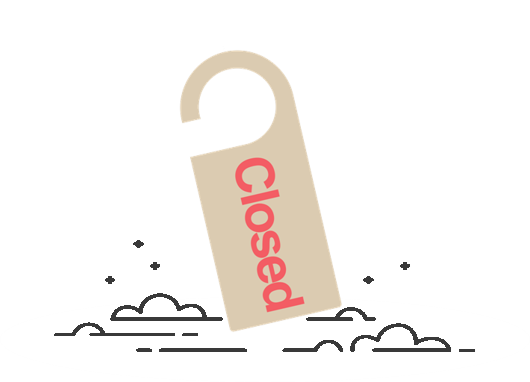 History is littered with tales of fallen retailers. With new technological innovations and an increasingly competitive retail landscape in the United States, many businesses have been unable keep up.

Once the largest retailer in the United States, Sears filed for bankruptcy in 2018 with over 400 stores nationally employing more than 70,000 people. Today, the fate of the iconic retailer is still in limbo as management struggle to keep the remaining stores open and the Sears brand alive.How could this happen to such a giant of American retail? Well, that depends on who you ask.While some were quick to blame the company's demise on Amazon, the truth is a little murkier.

In the four years from 2014, profits at Sears had dropped by over half, likely due to the increasingly competitive landscape and changing consumer tastes. In an attempt to stem these losses and generate cash flow, the company began selling stores and other assets en masse.

According to analysts, the situation was exacerbated by Sears management's inability to maintain a solid product offering and invest in their stores; in some cases leaving shelves bare.While Sears was able to survive two world wars and the great depression, it’s unclear whether they will survive the digital age.

Toys R Us enjoyed industry domination since its founding in 1957, with the sheer size of the business meaning they could push out competitors with ease.

Things started to change in the late 1990s when rival Walmart overtook Toys R Us as the biggest toy seller in the U.S. In response to this growing threat, the company embarked on a radical turnaround plan that involved a number of investors pitching in to essentially take the company private in 2005, saddling the business with debt in the process.

This debt limited Toys R Us' ability to invest in the business, leaving them unable to take advantage of the changing retail landscape which at the time was proving very lucrative for rivals like Target, Amazon, and Walmart. Ultimately, the growing debt and inability to compete with rivals lead to the liquidation of the business in 2018.

If ever there was a tale of a business being disrupted by innovation, it's Blockbuster. Once the undisputed king of the at-home TV and movie scene, Blockbuster had over 9,000 stores worldwide, employing over 84,000 people at its peak.

Trouble for the chain first started in the late noughties, when they failed to adapt to compete with new rivals like Netflix's DVD mailer service and movie rental kiosks. The huge overheads required to maintain Blockbuster's brick and mortar store network meant they couldn't offer as competitive pricing as their new online rivals.

While Blockbuster did eventually attempt to change its business model to better compete with their competition, this move was poorly timed and caused the business to hemorrhage money. After filing for chapter 11 in 2010, Blockbuster sold off all company-owned stores, all of which have since shuttered, except for a solitary outlet in Bend, Oregon.