Your message has been received.
Oops! Something went wrong while submitting the form.

How to Develop An Innovative Culture Without Compromising The Status Quo 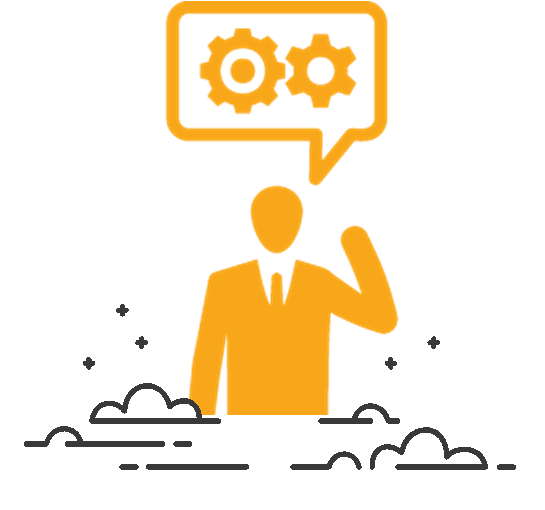 How to Develop An Innovative Culture Without Compromising The Status Quo 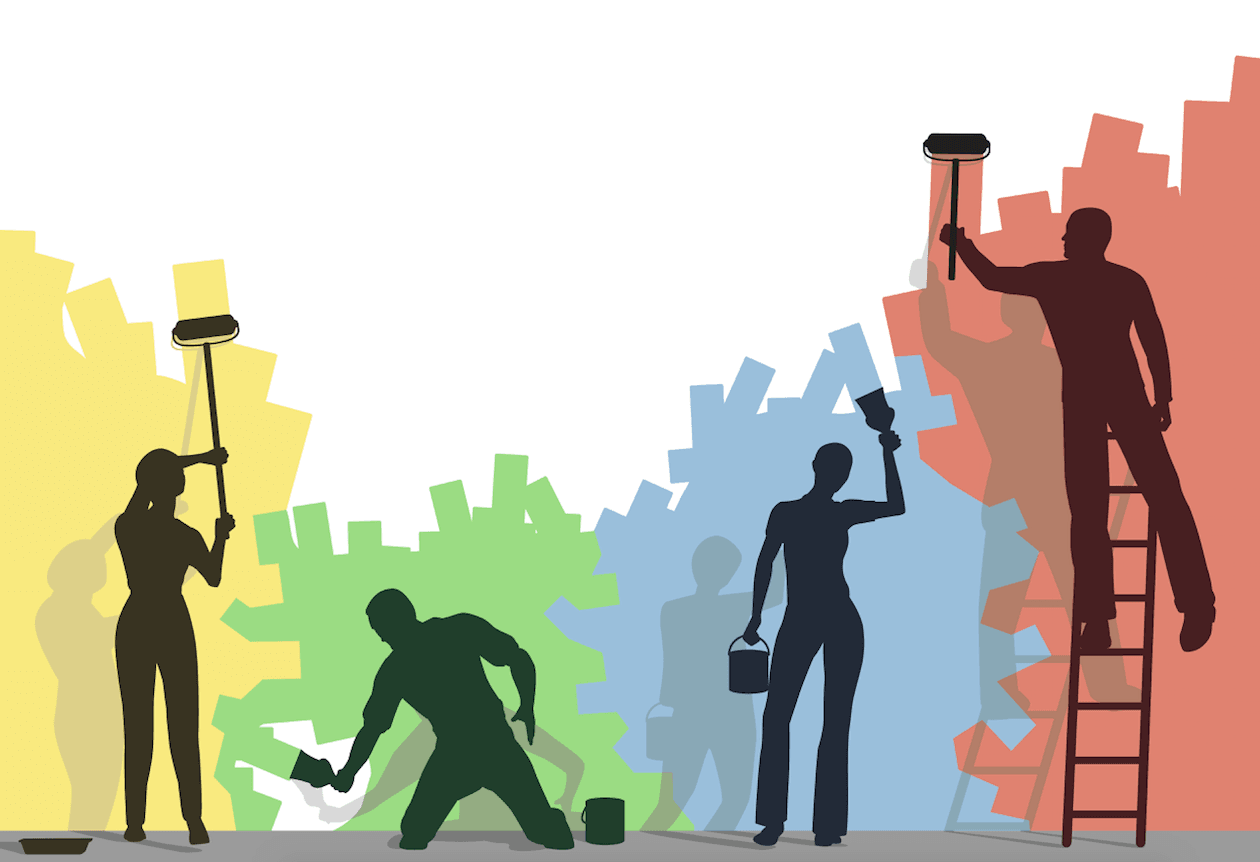 Established companies have been built to deliver, not to discover - as such, large organisations tend to embody behaviours such as like avoid failure at all costs, following set procedure, take few large bets...slowly...maximising certainty, minimising risk through analysis and focusing on reaching short term performance metrics.

As such, innovation suffers. Why? Because innovation relies on the exact opposite of this. Embracing failure as a means to learn, questioning the status quo, taking lots of small bets….quickly….embracing the uncertain, minimising risk by doing and focusing on the long game.

First, a caveat - not everyone in an organisation needs to be an innovator or intrapreneur.

Organisations need to focus on maintaining the core business, which is - after all - where they make most of their money today, but should keep one eye on the future. Essentially keeping the ship afloat while being flexible enough to change direction. While there are no hard and fast numbers on this, organisations should look to invest 5-20% of R&D into disruptive, out of the box innovation and save the remainder for adjacent and incremental innovation.

This split should also be reflected in the organisation’s makeup - we need people to deliver on the existing business model, but we also need people to help discover new business models and innovations and a way to bridge the observations, opportunities, problems and ideas that the wider organisations see every day with action that discoverers can take.

So how do we build an innovative culture that supports ideation and experimentation?

Hackathons (or innovation bootcamps) are a great way to bring together teams with the common goal of quickly solving problems, building prototypes and validating market appetite. This not only helps teams test many ideas quickly to find out what works but also saves money them by avoiding the trap of committing millions to building the wrong thing.

Hackathons, done right, open people’s eyes to a different way of thinking and plant the seeds for a fail fast, “move quickly and break things” mentality, made famous by Facebook, that underpins innovation and the discovery of new business models and innovations.

Whether a company has a hundred, a thousand or one hundred thousand employees, it has access to an untapped resource of unique, diverse and broad perspectives and insights that employees of these companies don’t share effectively.

Any company with client facing staff has employees who each and every day make hundreds of observations and generate new learnings, either consciously or subconsciously. These insights often aren’t being captured anywhere that's visible to or useable by the rest of the organisation and as such, aren't being capitalised on.

Idea management platforms such as Spigit and Crowdicity have emerged as a much more effective way to capture knowledge centrally so that visibility is ensured, dots can be connected and new opportunities for growth can be capitalised on.

Idea platforms also circumvent middle management who are notorious for shutting down ideas because the ideas often have nothing to do with their KPIs or “the way things have always been done around here” - and are perceived as threatening to their status quo. Many a frustrated intrapreneur has pointed towards middle management as the source of these frustrations and the reason they’ve left said company to join either a more progressive organisation or start their own company.

Unless an organisation’s landscape effectively supports the behaviours required to innovate - think risk taking, taking long-term views, lots of small bets, challenging the status quo, sharing ideas, and so on - then it will all be in vain and amount to little more than innovation theatre.

More and more companies are waking up to this fact and as a result of that they are beginning to follow in the footsteps of companies such as Telstra, Barclays, BMW, Samsung, Verizon, Nike, P&G, GE and Disney, who have all set up innovation outposts, or corporate incubators away from the mothership, usually in the middle of innovative startup hubs and ecosystems.

Creating a separate set of policies and procedures for innovation

Steve Blank is an advocate of creating a separate set of procedures to help innovators get to yes. “We agreed that the goal was not to change any of the existing execution processes, procedures, incentives, metrics but rather to write new ones for innovation projects. And these innovation policies would grow one at a time as needed from the bottom of the organization, not top down by some executive mandate. If we were successful, innovation and execution policies, processes, procedures, incentives, metrics would then co-exist side-by-side. In their day-to-day activities, the support organizations would simply ask, “Are we supporting an execution process (hopefully 90% of the time) or are we supporting an innovation process?” and apply the appropriate policy.”

Tone from the top - it’s okay to fail

Terry Jones, founder of American Airlines spin-off success story Travelocity and later Kayak, stresses that “in order to change the culture, senior management needs to make it clear that it’s okay to fail.” He adds that “innovation is not possible without failure.”

These sentiments are echoed by the likes of Elon Musk - “if you’re not failing, you’re not innovating” and Amazon head Jeff Bezos told Business Insider last year that “What really matters is, companies that don’t continue to experiment, companies that don’t embrace failure, they eventually get in a desperate position where the only thing they can do is a Hail Mary bet at the very end of their corporate existence”.

Venture capitalists, whose job it is to invest in early stage companies, only strike gold on average once in ten times and that’s their full-time job. Why should it be any different for established organisations whose core job has nothing to do with early stage innovation?

Are performance incentives all geared towards quarterly billables and short term KPIs? Is there a focus on innovation? If not, people will not be incentivised to contribute to innovation campaigns. Of course, ‘deliverers’ and ‘discoverers’ will be assessed based on different metrics but innovation should be everyone’s job - therefore, everybody should have at least some metrics that relate to ideation, participation in hackathons and so on…

If company metrics are all based on net present value (NPV) and internal rate of return (IRR) then bonuses are purely contingent on reaching these short term goals and people are unlikely to invest or explore riskier prospects that may or may not generate a return after 3, 4 or 5 years. With NPV we will always be tempted to chase short term quick wins.

Large organisations exist to execute on a repeatable business model, and as such processes, policies and frameworks have been implemented to ensure this execution goes off without a hitch. Decision makers, as such, tend to place only safe bets that promise low to moderate rewards, based on a criteria of evaluating investments on some or all of the following variables:

But the nature of disruptive innovation is such that:

As such, we need a new set of metrics - innovation metrics - to support the nurturing of innovation culture and not preach it but kill it at the first sign of no ROI within 6 months

Ultimately, when it comes to innovation in the enterprise there is never a silver bullet. However, the above strategies all help to transform the organisation’s processes, systems and values to support and encourage the behaviours that are critical to innovation.