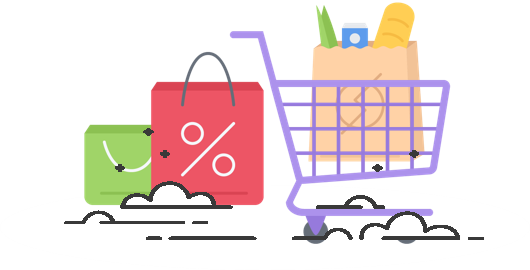 In the ever - changing retail landscape, businesses succeeding today have to either change the game or be agile enough to move with it.

Since launching as an online bookseller operating out of founder Jeff Bezos’ garage in 1994,Amazon has taken the retail industry by storm, changing the way the world shops in the process.After some speed bumps in the late 90s in the form of lawsuits from Walmart, and Barns &Noble, Amazon continued to grow through the dot com crash of the early 21st century. The business continued to expand its product offering with the goal of carrying “every product from A to Z.”

Currently, the company employs over half a million people worldwide and accounts for 5% of the total US retail spend and 49% of the online retail spend in 2018.

Considering Amazon forged their success in the online retail space, the company’s recent expansion into traditional brick and mortar has taken some by surprise. The company announced the acquisition of Whole Foods in 2017, a move analysts theorized was to better compete with Walmart.

After years of hype, Amazon recently opened their first Amazon Go store to the public in Seattle in 2018, providing a surreal retail experience where customers shop without cards or cash. The company has plans to continue their offline expansion soon, with as many as 3,000 Amazon Go locations set to open up nationwide by 2021.

From humble beginnings as a natural foods grocer in Austin in 1978, Whole Foods has grown to become a grocery giant, with over 500 locations across North America and the United Kingdom.Whole Foods’ point of difference has always been their commitment to organic foods, and those free from harmful fats, artificial colors,flavors and preservatives. This commitment to sustainability has been a hit with consumers and has seen the business go from strength to strength.

With the chain purchased by Amazon in 2017 for an estimated $13.7 billion, it looks like things are just heating up for the grocery chain.

Rent the Runway has come out of nowhere to challenge the very idea of the traditional retail platform. By offering a never before seen level of accessibility to high-level luxury clothing and accessories, the company has amassed over 6 million customers nationwide.

Customers have the option of renting a one-off item, often for as little as 10% of the retail price,or signing up to the platform’s subscription service for regular fashion rentals.With a booming online business, it seems Rent the Runway is following in the footsteps of Amazon by launching a range of brick and mortar shopfronts in major cities across the country.

Meal-kit delivery services are seriously big business. Since launching in Berlin in 2011, Hello Fresh has grown to account for close to 50% of this market in the U.S, with operations throughout Europe and Australia as well. With engaging marketing and a competitive price point that appeals to budget-conscious consumers, it doesn’t seem like Hello Fresh are going anywhere any time soon.

The landscape of retail has been changing for quite some time, but in 2019, it seems that these changes will become much more pronounced. That’s because hundreds of retail giants are starting to shutter their stores.

The “brick and mortar retail apocalypse” has also claimed many other victims including Target, Kohls, and to a degree Tesla, who plans to move all of its sales online, keeping only a handful of showrooms open as galleries.

Still, others are thriving, particularly Walmart who was quick to establish a powerful online presence. Other retailers who have not are either trying desperately to play catch up or are realizing that they are trying to change too late in the game.

However, while players like Sears and Kohls shutter stores around the country, discount retailers like Dollar General and Dollar Tree are building more stores aimed at price-conscious shoppers.Dollar General alone opened 900 new stores in 2018.

“The middle-class continues to go away, unfortunately, to the lower end of the economic scale... so as this economy continues to create more of our core“customer, I think there’s going to more opportunities for us to build more stores.” -Jorgen vig Knudstorp, former CEO, Lego

Though, the biggest champions of retail will be the startups which continue to shake up the industry. These companies are lean, mean, consumer-focused machines that know how to offer the products consumers want while controlling their own costs