Play Within Your Bankroll to Increase Your Risk Tolerance 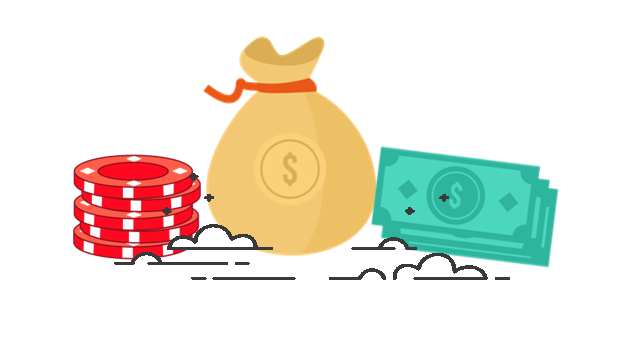 Play Within Your Bankroll to Increase Your Risk Tolerance

In poker, your bankroll represents how much money you’ve set aside exclusively to play.

Former World Series of Poker champion, author and decision strategist Annie Duke says that you should always play within your bankroll. If you have $2,000 in your pocket but have bills and outgoings totalling $1,500 then you don’t have $2,000 to play with, you have $500, and you should not play beyond that.

By playing within your bankroll you’re less likely to fall victim to the sunk cost bias - our tendency to chase our losses - or to bet more than you can afford to lose.

How much are you willing to lose?

This is a powerful question, not only insofar as poker is concerned, but equally as far as innovation and life is concerned.

Today’s business landscape is incredibly ambiguous and uncertain, thanks in part to the rapid change that Moore’s Law has underpinned and shifting political and economic realities. With growing uncertainty and information asymmetry comes growing risk. At large organisations, this comes with the tendency to outsource accountability to bloated, slow-moving mechanisms like steering committees, and ultimately stop short of making a decision; the dreaded paralysis by analysis - not making a decision for fear of it being the wrong one and having adverse consequences.

The thing about not making a decision and not investing in innovation is that the decision to not do anything often precedes a company’s demise.

"Neither RedBox nor Netflix are even on the radar screen in terms of competition" - Blockbuster CEO Jim Keyes, 2008.

Blockbuster’s decision not to invest in innovation was fundamental in the demise of the global behemoth that once employed more than 60,000 people worldwide.

Robert Sapolsky, neuroendocrinologist and author of the best book I’ve read this year, Behave: The Biology of Humans at Our Best and Worst, says that risks perceived to be ‘well calibrated’ are addictive whereas ambiguity is just agitating.

By determining how much an organisation is willing to lose, executives can readily take said calibrated risks and run experiments to explore new technologies and/or business models - so long as they play within their bankroll.

One of the most common misconceptions when it comes to innovation is that it’s risky. But it’s far riskier to do nothing - because you will be left behind.

- you play beyond your bankroll - because you will bet more than you can afford to lose.

Similarly in life, we often avoid investing or doing things because we’re afraid of the monetary loss or the emotional pain or discomfort it might cause us. By conducting this premortem of sorts and determining how much you are willing to lose or suffer, you can essentially open yourself up to a greater experience of life.

For example, I got up on stage for my first ever anxiety-inducing standup comedy set recently. It didn’t cost me anything but I was up against emotional discomfort; the fear of my jokes bombing, the fear of being booed and heckled, the discomfort that comes with putting one’s sense of self and identity on the line. However, was I willing to momentarily face said discomfort in front of an audience of 20 mostly drunk strangers? I sure was. So I did it. And I had no regrets whatsoever, and I just might do it again!

The next time you’re facing paralysis by analysis, ask yourself, how much are you willing to lose? And always play within your bankroll.