The Number One Reason Your Company Can't Innovate 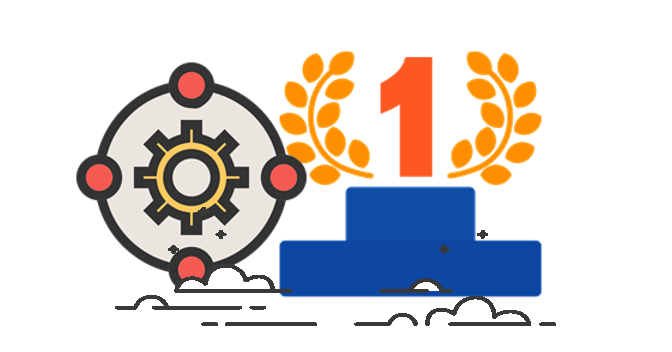 The Number One Reason Your Company Can't Innovate

Companies spend a lot on innovation.

According to strategy consultancy Strategy&, the one thousand largest publicly listed corporate R&D spenders amassed a total of US$701B on R&D in 2017. Furthermore, research firm IDC predicted a US$1.2 trillion spend on digital transformation technologies worldwide in 2017. That spend alone is more than Australia’s gross national product.

This doesn’t even account for culture change and capability lifting initiatives that companies are embarking on to help them better navigate change.

So, that’s a lot of money that organisations are spending on innovation and transformation. But, is it... enough?

Let’s park the fact that 84% of digital transformation projects fail for a minute.

Long ago, in his genre defining book Good To Great, Jim Collins reminded us that in order to be great, companies need to start by getting the right people on the bus, the wrong people off the bus, and the right people in the right seats.

The problem with many corporate innovation initiatives at the moment is that the wrong people are on the bus and they’re distracting the driver.

When might your organisation’s innovation investment be at risk? Do any of the following sound familiar?

You can’t get a large company to hustle the way a startup does without hustlers.

There are no silver bullets when it comes to corporate innovation. And anybody who tells you there is, is selling snake oil. Each and every organisation is different. What works for one company will not necessarily work for another, even in the same industry.

Let’s be real. Innovation is hard.

Corporate innovation is 10X harder because of all of the encumbrances that slow down large organisations.

But if people don’t want to change, all the culture change initiatives in the world won’t matter. These same people will ultimately sabotage your efforts, slow them down to a halt or, if they do engage, do so half-heartedly in a way that delivers (much) less than optimal results.

Plato’s classic The Republic indicated that he did not offer his students training in dialectic (essentially, the discussion of philosophy) because they weren’t yet ready. In a corporate context, a lot of employees are not yet ready for innovation. Many of them will never beready. They are oftentimes, more rock than sponge, when it comes to willingly wanting to not only learn but also apply literature coming out of leading management thinking circles.

So, how might you go about getting (and keeping) the right people on the bus?

Netflix pays at the top of market, not only to attract top people, but to keep innovation sapping policies and processes, usually in place to keep people in line, to a minimum. Now, not every company has the financial muscle of Netflix, which brings me to...

2 - Incentives need not be monetary

As Dan Pink put forth in his best-selling book Drive, human motivation is largely intrinsic and this motivation can be divided into mastery, autonomy and purpose. Give them that.

Working models like agile (where the value of your work is realised frequently, thus keeping employee morale high) and giving opportunities to truly learn and experiment with their ideas is a start.

It’s a massive waste to score innovation goals internally if the rest of the world doesn’t know about it. You might look like a boring, old, slow moving company from the outside but the reality might be different internally. Celebrate your wins. Blog about it. Vlog about it. Speak about it at conferences. Get on to as many relevant podcasts as possible. Make iany successes known if you want to more high caliber, entrepreneurial talent to your organisation.

4 - Be serious about innovation, don’t just pay lip service to it

Innovation goes beyond technology. Ultimately, it’s about people and the environment that they operate in. There’s little point investing in idea challenges and the latest and greatest gadgets if your organisation doesn’t have an innovation process that empowers them to test their ideas, to experiment, without having to endure innovation sapping business case approval processes.

Or you could just go on talking about innovation and spending big money on things that makes you look innovative, but in most cases end up failing.