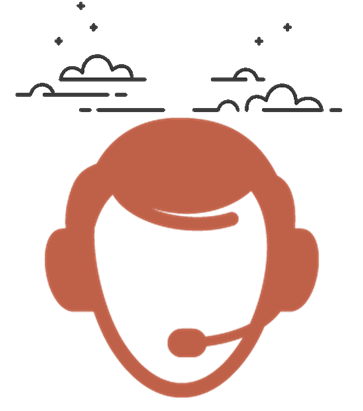 I’ve been hosting the Future Squared podcast for over three years now, having published over 326 episodes in that time with luminaries and thought leaders from fields as disparate as technology, entrepreneurship, philosophy, neuroscience, psychology, economics, politics, stand-up comedy, journalism, and corporate innovation.

You can find Future Squared on Apple | Stitcher | Spotify | YouTube… okay, wherever you listen to your podcasts really.

As is often the case with ideas, they come to us when we make space for them. The idea of writing a top ten list of my favorite, most well received and widely shared podcast episodes on corporate innovation came to me in the gym, mid-deadlift…just in case you were wondering!

So here it is, in no particular order, my top ten podcast episodes on corporate innovation.

Steve Blank is considered by many to be the godfather of Silicon Valley and is credited with spearheading the customer development model which birthed the lean startup, popularised by his former pupil Eric Ries’ book of the same name. He is one of the most prominent and widely respected thought leaders in the world on innovation and entrepreneurship.

Topics we discussed include:

Funnily enough, I hooked ‘the big fish’, Steve Blank, in just episode 12 of the podcast, opening the door for many more big names to follow.

Scott Anthony is a Managing Director at Innosight.

In his time with Innosight, Scott has advised senior leaders in companies such as Procter & Gamble, Johnson & Johnson, SingTel, Kraft, General Electric, LG, the Ayala Group, and Cisco Systems on topics of growth and innovation. He has extensive experience in emerging markets, particularly in India, China, and the Philippines.

We explored myriad topics, including:

Beth Comstock is a change maker who has helped people grapple with rapid-fire change and open up their companies to transformation. Before she ever led the reinvention of a team or a business, she learned to rely on her curiosity to provoke change in herself. She infused her life with the habit of discovery, seeking out new ideas, people and places and in turn, she built a career path from storyteller to chief marketer to GE Vice Chair. And now author.

We touched on many a topic in this conversation, including:

Dan Toma is the co-author The Corporate Startup: How Established Companies Can Develop Successful Innovation Ecosystems.

Puzzled by the questions ‘why are innovative products mainly launched by startups?’, Toma focuses on enterprise innovation strategy — specifically on the changes blue-chip organizations need to make to allow for new ventures to be built in a corporate setting, and has worked with the likes of Deutsche Telekom, Bosch, Jaguar Land Rover, Bayer, John Deere or Allianz.

On corporate innovation, expect to learn about:

Having met Dan in person on a couple of occasions, he is also an avid motorcyclist and ice hockey player!

Expect to take many things away from this conversation, including:

In 2015 Alex won the strategy award by Thinkers50, called the “Oscars of Management Thinking” by the FT, and ranks #15 among the leading business thinkers of the world. In 2013 he won the inaugural Innovation Luminary Award by the European Union.

We explored a number of topics in this episode, including:

Karen Dillon is co-author of Clayton Christensen’s new book, Competing Against Luck: The Story of Innovation and Customer Choice” (HarperCollins, October 2016), a groundbreaking book with the potential to reframe industries. It is based on a simple yet profound idea put forward by Christensen in “The Innovator’s Solution”: customers don’t buy products and services; they hire them to do a job. And understanding which jobs your customers need done is key to innovation success.

The former editor of Harvard Business Review (HBR), Karen has long chronicled the successes and failures of businesses and their leaders.

Scott is a clinical professor of marketing at the New York University Stern School of Business, and a public speaker, author, and entrepreneur. He was named one of the world’s 50 best business school professors by Poets and Quants. He has just released The Four: The Hidden DNA of Amazon, Apple, Facebook and Google which is already a New York Times and USA Today Bestseller.

In it, Scott deconstructs the strategies of the Four that lurk beneath their shiny veneers. He shows how they manipulate the fundamental emotional needs that have driven us since our ancestors lived in caves, at a speed and scope others can’t match. And he reveals how you can apply the lessons of their ascent to your own business or career.

In this episode you will learn:

Lawrence Levy was the CFO of Pixar Animation Studios from 1994 through to 2001, so in Pixar terms, from Toy Story to Monsters Inc but maintained a Board role until the smash hit Cars in 2006.

Lawrence recently penned To Pixar and Beyond: My Unlikely Journey with Steve Jobs to Make Entertainment History, which was an Amazon Best Book of 2016 in Business & Leadership category. The book chronicles how Steve Jobs called Lawrence out of the blue and persuaded him to join Pixar and turnaround a company that was on the verge of failure.

Nicole is an IT impacts expert who is best known for her work with tech professionals and as the lead investigator on the largest DevOps studies to date. She is a consultant, expert, and researcher in knowledge management, IT adoption and impacts, and DevOps. In a previous life, she was a professor, sysadmin, and hardware performance analyst. Nicole has been awarded public and private research grants (funders include NASA and the NSF), and her work has been featured in various media outlets, peer-reviewed journals, and conferences. She holds a PhD in management information systems and a master’s degree in accounting. Nicole is CEO and Chief Scientist at DevOps Research and Assessment (DORA).

Her first book, Accelerate: The Science of Lean Software and DevOps explores the topic of Building and Scaling High Performing Technology Organizations.

You will learn lots in this conversation, including:

Steve Glaveski is the co-founder of corporate innovation school and startup accelerator Collective Campus, author of Employee to Entrepreneur and host of the Future Squared podcast. He’s into everything from 80s metal and high-intensity workouts to attempting to surf and do standup comedy.

How Innovation Can Benefit Your Organization