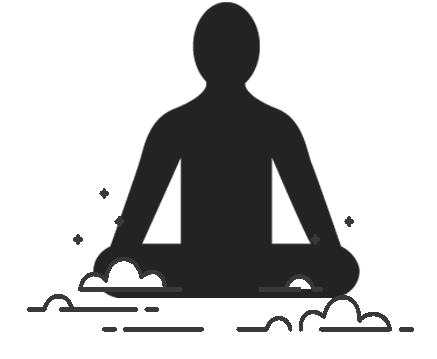 Proponents of human longevity, let’s call them ‘longevists’, are advocating, exploring and commercialising new technologies and methods to effectively slow down or reverse the process of aging in order to extend both the maximum and average lifespan.

Longevists such as Peter Diamandis of Human Longevity Inc (HLI) believe that breakthroughs in tissue rejuvenation and regenerative medicine, genomics, nanotechnology, molecular repair and organ replacement paired with the exponential growth in sophisticated AI/machine learning and deep analytics software will eventually enable humans to have indefinite lifespans through complete rejuvenation to a healthy youthful condition.

In this article, I go an inch deep and a mile wide into some of the medical technologies and advances that are poised to extend the healthy human lifespan and effectively aim to prompt a conversation on what the potential implications of a considerably longer lifespan would be on different facets of our lives, be they economic, social, political or environmental.

Disclaimer: I am not a doctor nor a medical technologist, nor do I pretend to be one, so for SMEs reading this, please excuse subtle deviations from absolute scientific truth in my interpretation of emerging medical technologies. I am writing this as an innovation consultant and exponentially growing technology enthusiast with more questions than answers to both improve my understanding and prompt your thinking. I look forward to reading people’s thoughts on questions posed and perhaps the raising of new questions that I more than likely haven’t even thought about yet.

What it is: Tissue rejuvenation or SENS (Strategies for Engineered Negligible Senescence), a term coined by Briton, Aubrey de Grey, refers to the process of periodically repairing all age-related damage to human tissue. The SENS Research foundation (SENS Foundation) says is developing regenerative therapies that remove, repair, replace, or render harmless the cellular and molecular damage that has accumulated in our tissues with time.

The SENS Foundation is funding Universities across the world to explore the application of regenerative medicine to age-related diseases. Peter Thiel, co-founder of PayPal and Palantir, has pledged US$3.5M into SENS research.

Another biotech heavyweight, Unity Biotechnology,has raised over US$116M to slow the aging process by identifying ways to help shed our body's older cells, which cause inflammation and other age-linked diseases.

Impact:Such biotechnologies are said to restore the normal functioning of the body's cells and essential biomolecules, returning aging tissues to health and “bringing back the body’s youthful vigor”. Tissue rejuvenation therefore could be used to postpone age-associated disease for as long as the therapies can be reapplied.

What it is: Genomics refers to the sequencing, assembly and analysis of the function and structure of DNA within a single cell.

In the past 20 years the cost of sequencing the human genome has dropped from $10M in 2008 to under $1,000 today and in the next few years is likely to be given away free as part of your health insurance policy. 23andMe, for example, provides a variant of a personal genome service for $99.

HLIis a genomics-based, technology-driven company creating the world’s largest and most comprehensive database of whole genome, phenotype and clinical data in order to apply large scale computing and machine learning to make novel discoveries to revolutionize the practice of medicine.

Impact: Genomic sequencing supports genetic mapping which allows us to better understand disease and therefore, respond to it. This also supports personalised medicine which is, needless to say, far more effective than a one size fits all approach.

What it is: Going hand in hand with genomics sequencing, CRISPR, or clustered regularly interspaced short palindromic repeats (okay, let’s just go with CRISPR), is essentially a gene editing tool that allows scientists to edit genomes with unprecedented precision, much like a computer programmer would edit lines of code.

Microsoft has vowed to cure cancer in the next 10 years by using CRISPR to reprogram diseased cells.

Another company, Intellia Therapeutics is focused on the development of proprietary, potentially curative therapeutics using CRISPR.

What it is: Nanobots refer to robots no bigger than one-billionth of a meter (yes!). These robots are smaller than a human red blood cell (or a million times smaller than the length of an ant). Nanobots can be deployed into the bloodstream to build and manipulate things at an atomic level.

Impact: Amongst other things, nanobots could be used to identify and destroy cancer cells and perform targeted drug delivery.

What it is: Bioprinting refers to the 3D printing of human tissue, including skin, bone and in the near future, functioning organs.

Organovo, Cyfuse and BioBots are amongst a plethora of companies making waves in bioprinting.

Impact: The impact is pretty clear with this one. Researchers are purportedly only steps away from bioprinting organs, including a working human heart. Furthermore, if the cells used to recreate organs are taken from the patient’s body then there is no risk of rejection, unlike in traditional organ replacement.

As with all exponentially growing technologies, their power and impact grows significantly when paired with other technologies. The application of artificial intelligence, machine learning and deep analytics to medtech such as these radically improves the ability to uncover insights hidden in the data and make decisions to best eliminate disease and heal molecules.

Given the rate at which these technologies are improving,  it would not be a stretch to expect that the average human lifespan, currently 71, will reach 120 at some point this Century.

The question is, what impact will this have on society, nay, on human beings in general?

The past can sometimes (not always!) be an effective predictor of the future. At the beginning of the 20th Century the average human lifespan was a meagre 47. We’ve effectively managed to increase it by 50% thanks predominantly due to advances in public health measures.

The impact of lifespan on marriage is clear. Today, the average first-marriage age for an American male and female respectively is 29 and 27, but in 1900, given the shorter lifespan and different social values, those numbers were 25 and 21 respectively. These numbers are steadily rising as more millennials and no doubt Gen-Z’s will begin to push their marriage plans well into their 30s in favour of focusing on career, exploring the ever shrinking world and taking the time to find ‘the right person’.

So how do these needs play out in life if we add another 50 years to the healthy human lifespan?

Variety and Lust for Life

Oh, and what happens when, if what Ray Kurzweil predicts turns out to be true, that by the mid 21st Century medical technology would have advanced so far that we would be able to add one year to our lives for each year we’re alive - effectively the promise of eternal life. How does that shape our lust for life, contribution, love and so on?

The way you approach a casual game of poker when there’s no money on the table is quite different to one where you’ve gone all in with your month’s earnings.

Something to ponder! Would love your thoughts...