Why High Trust Companies Win — and How to Cultivate Trust 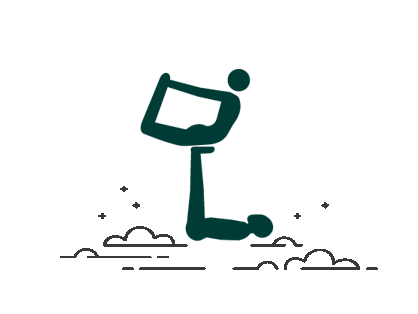 Why High Trust Companies Win — and How to Cultivate Trust

Only 15 per cent of employees worldwide are engaged by their jobs — that is, only 15 per cent are emotionally invested in delivering on their organisation’s mission.

Six out of seven people you see out on the city streets and in the workplace are either not engaged or actively disengaged.

Fancy most of the people in the world spending most of their time doing something that doesn’t engage them — it’s nothing short of a collective human tragedy!

This has a lot to do with the way that the modern organisation inadvertently sabotages its people’s potential through counterproductive norms which treat educated and capable adults like children.

These norms include unreasonable expectations on:

So where do these norms come from?

Aside from apparent holdovers from the factory floor where presence was for the most part correctly conflated with productivity, a number of factors came together to bring us to the present day.

But first, why is trust so important?

As David Rose argued in his book, Why Culture Matters Most, prosperity requires large group cooperation. This requires trust, but as societies grow larger this becomes more difficult to sustain.

Human flourishing requires the general prosperity that comes from a free market system.

Without trust, the foundations of the economy come crashing down. There is a danger of ‘redistributive favouritism’, which undermines trust in the system generally. This is manifest in inequality, political tribalism and left-leaning voices angrily calling for a redistribution of wealth due to a withering away of trust. This view was only hardened by the banker- instigated financial crisis of 2008.

Human beings are wired to be opportunistic, so if you find yourself with an opportunity that won’t harm anybody, you’ll likely take it.

In a small group or tribe, we know that our actions might impact someone we know or care about. The harm becomes more real and visceral. Conversely, when we’re in a large group, this disposition withers away, and we can much more readily find ourselves rationalising misconduct.

This is one of the reasons why large organisations are embroiled in policy and process, not just to keep the ship afloat, but to minimise misconduct, intentional or otherwise.

A 2014 report by Interaction Associates on trust in the workplace found that just four in 10 employees have a high level of trust in management and the organisation. Only 38 per cent of employees surveyed in the report said that they feel safe communicating their opinions with leadership. More than half don’t trust their line manager.

In an era of rapid change, this makes perfect sense. When things are changing faster outside your walls than inside your walls, innovation and adaptation become key. But if people don’t trust each other, you end up with a gap between what people say, think and do.

Politics and consensus-seeking meetings take over, and organisational cadence grinds to a halt. You end up pushing away your best talent, and attracting people who like hiding behind policies and processes. Organisations can ill afford this in today’s economy.

As Stephen Hawking is believed to have said, “intelligence is the ability to adapt to change”.

With 80 per cent of survey respondents reporting that a high level of trust fosters innovation, trust is one of the key ingredients behind building an innovative and high-performing culture.

Download Chapter One of my forthcoming book on workplace productivity, Time Rich: Do Your Best Work, Live Your Best Life, below!

Time Rich: Do Your Best Work, Live Your Best Life

Fortune 500 companies represent more than US$1 trillion in profits, US$21 trillion in market value, and they employ about 28 million people globally (note: COVID19 may have affected these 2019 numbers somewhat!).

It’s easy to see why organisations put process in place when they have hundreds of millions in revenues, generous employee pay packets, customers who depend on them, shareholders to deliver returns to and regulation to comply with.

Process ensures the smooth delivery of an existing and repeatable business model.

Such organisations can’t afford to let avoidable screw-ups, such as privacy leaks, jeopardise their share price, which can see billions stripped from company valuations, and executive wealth, virtually overnight. F

or example, the Sony PlayStation Network privacy hack of 2011 — which compromised 77 million accounts — cost the company an estimated $171 million.

Processes are supposed to help organisations scale, improve efficiency and minimise screw-ups. But like almost anything taken too far, they have unintended consequences.

As Seth Godin says, the assembly line is great…providing the world stands still. Otherwise you end up efficient at doing the wrong thing.

When the same procedures bind both high and low-risk activities, you have a recipe for disaster. It’s akin to treating getting out of your car with the same caution as jumping out of a plane — the result being that little meaningful work gets done.

I’ve had the joy of dealing with numerous large companies that take multiple weeks, multiple people and multiple sign-offs to raise a purchase order for a simple $9000 engagement. ‘Will give you an update next week when we have more team members available to assist,’ we’re told. And I’m talking about companies with 10-figure revenues here. They’ve created full-time jobs out of moving paper from one desk to the next.

Boston Consulting Group found that in the past 15 years, ‘the amount of procedures, vertical layers, interface structures, coordination bodies, and decision approvals needed has increased by anywhere from 50 percent to 350 percent’.

What’s more, in the most complicated organisations, ‘managers spend 40 percent of their time writing reports and 30 percent to 60 percent of it in coordination meetings’.

Here are just some ways that process compromises progress.

Another reason for managerial tendencies to over-burden an organisation with process is because we’re inclined to conflate hours worked directly with output — a holdover from the widget counting Industrial Revolution.

I had the pleasure of speaking with Jonathan Rosenberg and Alan Eagle, long-time senior Google executives and authors of How Google Works and Trillion Dollar Coach, for an episode of the Future Squared podcast. The book unpacks the leadership lessons of legendary Silicon Valley coach, Bill Campbell.

Campbell mentored the likes of Steve Jobs, Larry Page, Eric Schmidt and Jeff Bezos, among other tech luminaries, and played a major role in the success of their companies.

In order to empower great people to succeed, Campbell knew that an environment that liberates and amplifies their energy is critical. To do that, managers must support, respect and trust their people.

In order to develop that trust himself, Campbell would demonstrate a high level of vulnerability, much more than is typical in a business relationship. As a result of his openness, people would trust and mirror him, becoming more vulnerable themselves and creating space for a culture of transparency to emerge.

Netflix’s core philosophy is people over process; ‘We have great people working together as a dream team … with this approach, we are a more flexible, fun, stimulating, creative, collaborative and successful organization’.

Netflix pays at the top of the market, not just to attract the best people and reward them according to their efforts, but to stay lean and fast. This offers them a serious competitive advantage over organisations that need to call a meeting every time they are required to make what normally amount to inconsequential decisions.

Netflix concedes that in a fast-moving and volatile business environment, keeping process to a minimum and empowering people to move quickly will inevitably result in mistakes. But smart, self- disciplined, accountable people who move fast, can learn from these mistakes, pick up the pieces and move forward even faster. Over time, the gap between them and their forever-pontificating-around- a-boardroom-table competitors becomes huge — and this becomes evident in their company performance over time.

All of the world’s investment in digital transformation projects, and employee wellness programs (like fancy yoga studios and on- site masseuses) won’t matter one iota if there’s values misalignment between the organisation and its people.

The reason why the Netflix philosophy works for them is not just because they can afford to pay at the top of market, but also because their people believe in the mission and are aligned with the values of the organisation.

The absence of alignment is like bringing two people together who have fundamentally different life philosophies with the aim of having them build a romantic relationship. It’s probably not going to work.

I’ll leave you with an excerpt on trust from Netflix’s famous culture deck:

In many organizations, there is an unhealthy emphasis on process and not much freedom.

These organizations didn’t start that way, but the python of process squeezed harder every time something went wrong. Specifically, many organizations have freedom and responsibility when they are small. Everyone knows each other, and everyone picks up the trash. As they grow, however, the business gets more complex, and sometimes the average talent and passion level goes down.

If this standard management approach is done well, then the company becomes very efficient at its business model — the system is dummy-proofed, and creative thinkers are told to stop questioning the status quo. This kind of organization is very specialized and well adapted to its business model. Eventually, however, over 10 to 100 years, the business model inevitably has to change, and most of these companies are unable to adapt.

To avoid the rigidity of over-specialization, and avoid the chaos of growth, while retaining freedom, we work to have as simple a business as we can given our growth ambitions, and to keep employee excellence rising. We work to have a company of self-disciplined people who discover and fix issues without being told to do so.

You might think that such freedom would lead to chaos. But we also don’t have a clothing policy, yet no one has come to work naked. The lesson is you don’t need policies for everything. Most people understand the benefits of wearing clothes at work.

Liked this? Read this!

In this ebook, we provide an overview of how &nbsp;customer expectations are changing, what technology and business models are disrupting insurance, and how incumbents can drive internal and external innovation to best prepare for the disruption.