Your Team Size Don’t Impress Me Much 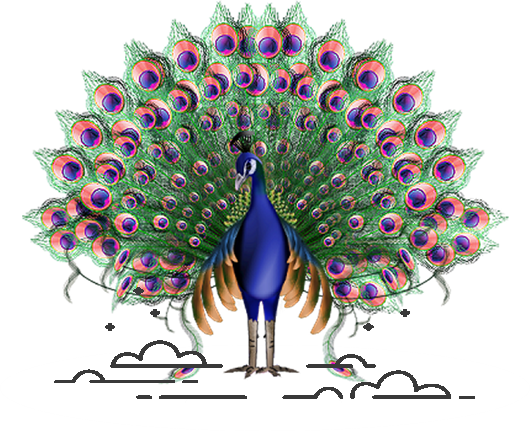 Your Team Size Don’t Impress Me Much

“How Big Is Your Company?”

Henceforth, like a peacock signaling reproductive fitness with its large and colourful tail, human beings signal through our haircuts, clothes, the cars we drive, the places we live, what we eat (or choose not to eat — here’s looking at you vegans and intermittent fasters), when we wake up, how often we work out, and the titles on our business cards — among a plethora of other things.

If you’re an entrepreneur or leader, then you’ve probably felt the urge to signal how many people you have working for you. At the very least, you’ve no doubt been asked the status gathering question, “how big is your team?” before.

Ronald Coase and the Nature of the Firm

Once upon a time, the size of your team was indeed a reflection of the value of your company.

The late Nobel Prize winner and British economist, Ronald Coase, put forward a timeless theory back in 1937. In an article dubbed The Nature of the Firm, Coase offered an economic explanation as to why companies emerge. He found that companies tend to hire employees rather than trade bilaterally on the open market because, as deliverables become more complex, the external transaction costs exceed internal transaction costs.

Coase noted that the cost of obtaining a good or service externally is actually more than just the price of the good. Costs extend to search, reconnaissance, bargaining, intellectual property protection, on-boarding, training, monitoring and compliance costs.

Firms emerge because they arrange themselves to produce what they need internally so that they can mitigate or avoid these costs altogether.

Coase argued that arms-length transactions (like buying a coffee), and basic contractual arrangements can be performed externally for cheaper than they can internally, however as contracts and transactions become more complex, it makes less sense to do them externally.

Vertical integration speaks to complex transactions whereby there is a need for synchronous communication and integration with upstream and downstream activities.

Coase observed that firms grew — by way of headcount — so long as the green line stayed below the blue line. It was the more complex transaction that the firm would take in-house, and therefore stimulate its employee growth.

The Times They Are a Changin’

However, as the World Bank found in its report on The Changing Nature of Work, the internet, free trade agreement and improved infrastructure have reduced the cost of external transactions, including cross-border trade, allowing for transactions to take place wherever costs are lower.

“New technologies have lowered communication costs. As a result, firms are less vertically integrated and managers are outsourcing more tasks to the market.”

The report cites JD.com, China’s second-largest e-commerce company, as an example of this; it has more than 170,000 online merchants on its platform, many in rural areas.

This is why headcount — to those in the know — is losing its shine as a signaling mechanism because it is no longer directly correlated with the value of an organization. The badge of honor for an entrepreneur, or leader today, should be in optimizing revenue per employee, and being the proverbial unfancied, and physically mismatched Karate Kid, beating up all the bigger, and better bullies at the Karate Tournament.

As organization headcount grows and firms become bloated, internal transaction costs grow with it — communication becomes a nightmare and, as the stakes are raised, movement-stifling process is introduced and accountability is spread thin (by way of numerous multiple hour meetings with too many people at the table) — and eventually they reach that of external costs.

This is when external markets beat firms. At this point, firms are merely trying to survive — as was the case with Blockbuster — rather than innovate.

Business Model for the New Economy

In light of these changes, Tim O’Reilly of O’Reilly Media, and author of WTF: What’s The Future and Why It’s Up To Us, put forward what he calls the Business Model Map for the next economy.

In order for companies to be competitive in the digital economy, they should ensure their business model aligns with that of the new economy, characterized by talent and services on demand, automation, and magical user experience.

Talent and resources on demand have come to embody some of the venture-backed tech success stories of the day; whether that be UBER, Airbnb or Upwork. The gig economy was estimated at US$3.7 trillion by SIA as at October 2018, and this number continues to grow.

These jobs give people the freedom and flexibility that they may struggle to find in traditional permanent employment. Freedom to choose what to do, and where and when to do it. Flexibility to manage a schedule in accordance with a chosen lifestyle.

For most of the aforementioned jobs, algorithm-driven platforms exist that ultimately serve to augment job prospects, but also client-vendor relationships — as is the case with, say, Upwork — the global freelancing marketplace that was valued at US$1.55 billion at the time of writing (June 5, 2019).

The internet makes it possible for today’s firms, such as the “Uber for X” marketplaces, to do what only exceedingly large organizations could do previously.

Subscribing to this model, whether at your organization or in your team, ensures you can play 21st Century ball.

So what kind of organization would you rather be?

A fat, bloated one with razor-thin revenues per employee — an organization that can barely get sign-off for Friday’s in-house catering, or a relatively ‘small’ organization that punches orders of magnitude above its weight?

Steve Glaveski is the co-founder of Collective Campus, author of Employee to Entrepreneur and host of the Future Squared podcast. He’s a chronic autodidact, and he’s into everything from 80s metal and high-intensity workouts to attempting to surf and do standup comedy.