By:
Steve Glaveski
on
Business 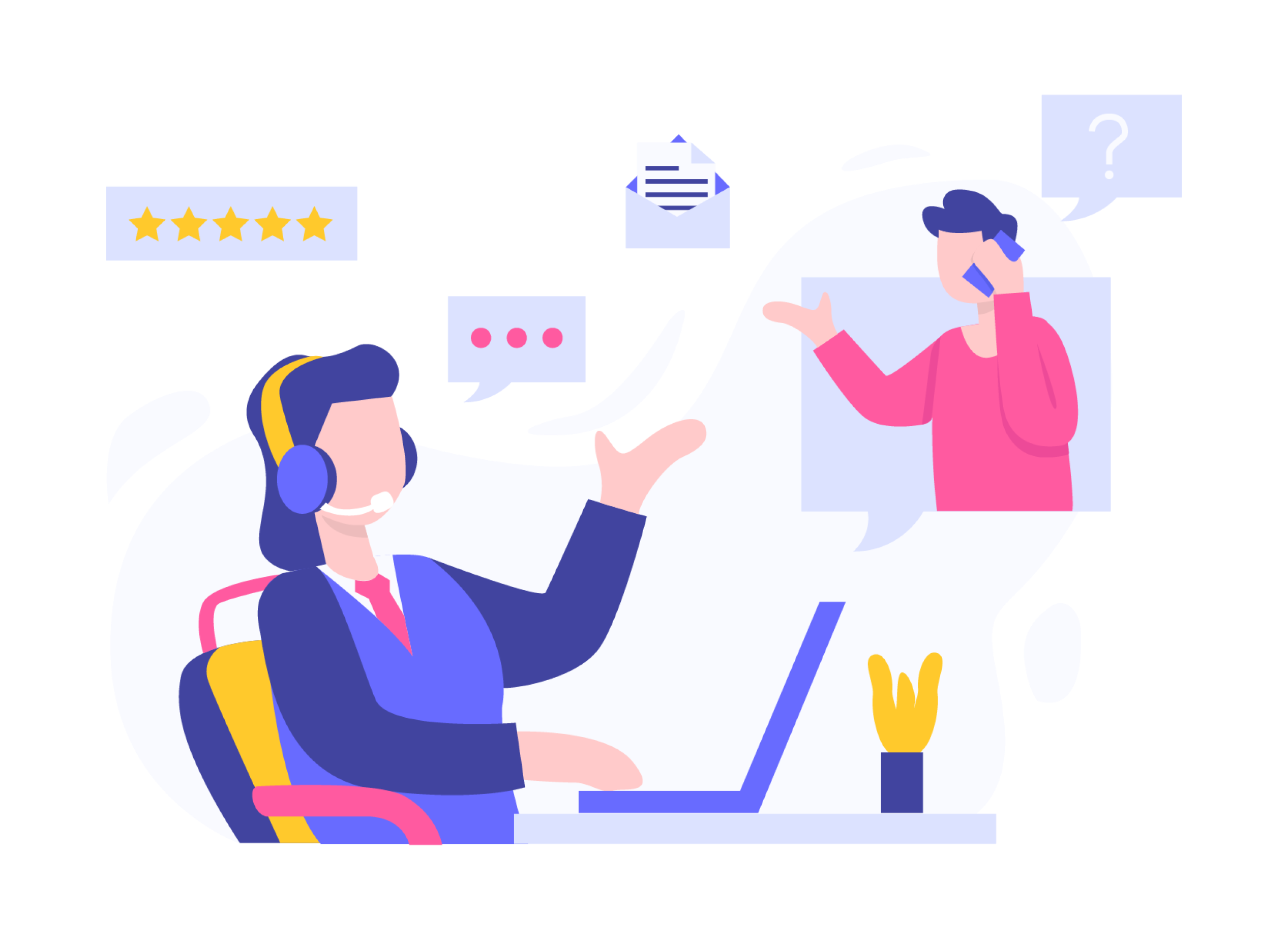 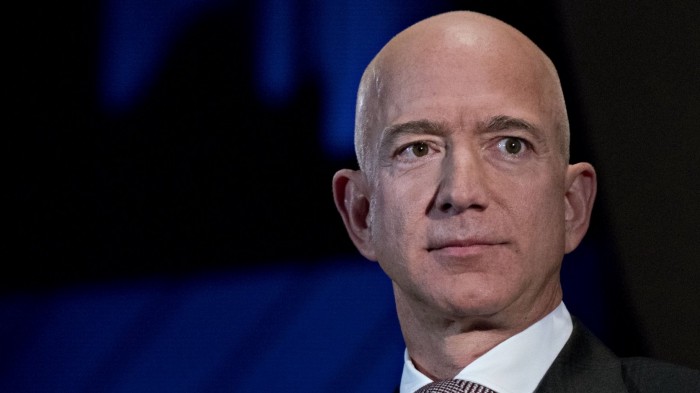 The chief executives of the world’s four biggest tech firms appeared before Congress this week.

Amazon CEO, Jeff Bezos, was there to defend against Antitrust allegations that Amazon has been undercutting competitors by pricing products at a loss that only it can sustain, thus shutting out competitors in the long-term.

Bezos’ annual shareholder letters have been referenced by entrepreneurs worldwide to inform strategy, decision-making, and inspire their organizations to great heights, and weather the storm that inevitably comes with any difficult pursuit.

And like his eloquent and thought-provoking shareholder letters, Bezos’ opening statement to the US House Committee on the Judiciary, was equally compelling, drawing from his experiences growing up, to his relationship with his parents and grandfather, to overcoming the countless critics and insurmountable odds with Amazon.

Like his shareholder letters, his statement is full of actionable golden nuggets that can serve us both in life and in business.

Here are some that stood out to me.

Bezos’ mom, Jackie, had him when she was just 17-years-old, which was unpopular back in Albuquerque in 1964. Her dad had to negotiate with the principal to let her finish high school, before enrolling in night school where she would turn up with two duffel bags — one full of textbooks, and one packed with diapers, bottles and toys for Jeff.

His adoptive father, Miguel, came to the US from Cuba at the age of just 16, shortly after Castro took over. He spent time in a refugee camp, didn’t speak English, and didn’t have much opportunity. But he had hustle, culminating with his receiving a scholarship to college in Albuquerque, where he met Jackie.

His grandfather was a civil servant and rancher in Texas, and Bezos spent many a summer there. He observed his grandpa fix things, whether it was a broken-down Caterpillar bulldozer or his own veterinary work.

The lesson: Bezos’ parents succeeded through sheer persistence and grit, but they also set a very positive example for Bezos, one that would inform his business philosophy at Amazon many years later. Similarly, from his grandfather, he learned that you can take on hard problems, and keep going whenever you have a setback.

In 1994, Bezos spoke with his boss about his idea for Amazon — the world’s biggest bookstore. “You know what, Jeff, I think this is a good idea, but it would be a better idea for somebody who didn’t already have a good job.” It might be easy to pursue entrepreneurship when you have nothing else going for you, but when you’re on a comfortable and coveted six-figure salary, that will only get bigger with time?

Bezos said that what drives his big decisions is regret minimization. “When I’m 80 and reflecting back, I want to have minimized the number of regrets that I have in my life. And most of our regrets are acts of omission — the things we didn’t try, the paths untraveled. Those are the things that haunt us.

The Lesson: Which path not traveled will you most regret not doing when you’re 80? Are you doing things to appease society’s conventions of what success looks like, or your own?

Bezos reminds us that he wasn’t always the billionaire tycoon he is today.

“It feels like just yesterday I was driving the packages to the post office myself, dreaming that one day we might be able to afford a forklift.”

The lesson: All big things come from small beginnings, and we shouldn’t lose sight of this when we’re toiling away in the formative stages of a project or endeavor.

Bezos recounted how Amazon’s stock went from $116 down to $6 when the internet bubble burst. Critics said the company was going out of business. But it took taking big risks, great people, a little luck, and a willingness to stick to its convictions to weather the storm and succeed. “Outsized returns come from betting against conventional wisdom, but conventional wisdom is usually right”.

“But when you look in the mirror, assess the criticism, and still believe you’re doing the right thing, no force in the world should be able to move you.”

The lesson: If you want outsized returns, you have to take big risks. And you will no doubt run up against countless naysayers along the way, forcing you to second-guess what you’re doing, so you need to have the courage of your convictions to see you through.

“To invent you have to experiment, and if you know in advance that it’s going to work, it’s not an experiment.”

The lesson: Many entrepreneurs fall into the trap of running experiments that essentially validate what they already know to be true — this is a waste of time. If you’re truly looking to explore new ground, your experiment must reveal new information.

Echoing Henry Ford’s famous line, “if I asked customers what they wanted, they would’ve said a faster horse”, Bezos says that nobody asked for Amazon Web Services (AWS). “It turned out the world was ready and hungry for cloud computing but didn’t know it yet”, said Bezos.

“No customer ever asked Amazon to create the Prime membership program, but it sure turns out they wanted it”.

The lesson: Don’t ask customers what they want. Find out what they don’t realize they need yet, and give it to them. This can only be done through being customer-obsessed and empathizing with your customers — key tenets of human-centred design.

“Even when they don’t yet know it, customers want something better, and a constant desire to delight customers drives us to constantly invent on their behalf.”

The lesson: Just because a competitive product, or a market seems to be dominated by a select pool of vendors, it doesn’t mean that you shouldn’t have a go, particularly if you can get to market with a superior product — and you can always build a superior product with enough time, patience and resources.

“Customer trust is hard to win and easy to lose.”

“You earn trust slowly, over time, by doing hard things well — delivering on time; offering everyday low prices; making promises and keeping them; making principled decisions, even when they’re unpopular; and giving customers more time to spend with their families by inventing more convenient ways of shopping, reading, and automating their homes.”

The lesson: It takes time to earn customer trust, and once you’ve earned it, you have to work just as hard to make sure you don’t lose it.

10. On Large Companies v Small Ones

Our scale allows us to make a meaningful impact on important societal issues.

I love garage entrepreneurs — I was one. But, just like the world needs small companies, it also needs large ones. There are things small companies simply can’t do. I don’t care how good an entrepreneur you are, you’re not going to build an all-fiber Boeing 787 in your garage.

The lesson: While the media might exoticize the 3-person-band working out of a garage or coworking space, the reality is that some things, many things, require large teams, and significant resources. This is a call to action to both startup entrepreneurs, and corporate executives, to think bigger.

You can read the entire opening statement here, or watch it below.

Download our ebook to discover an alternative approach to traditional business cases to successfully empower your people to experiment with new ideas and take a metered-funding approach to corporate innovation. 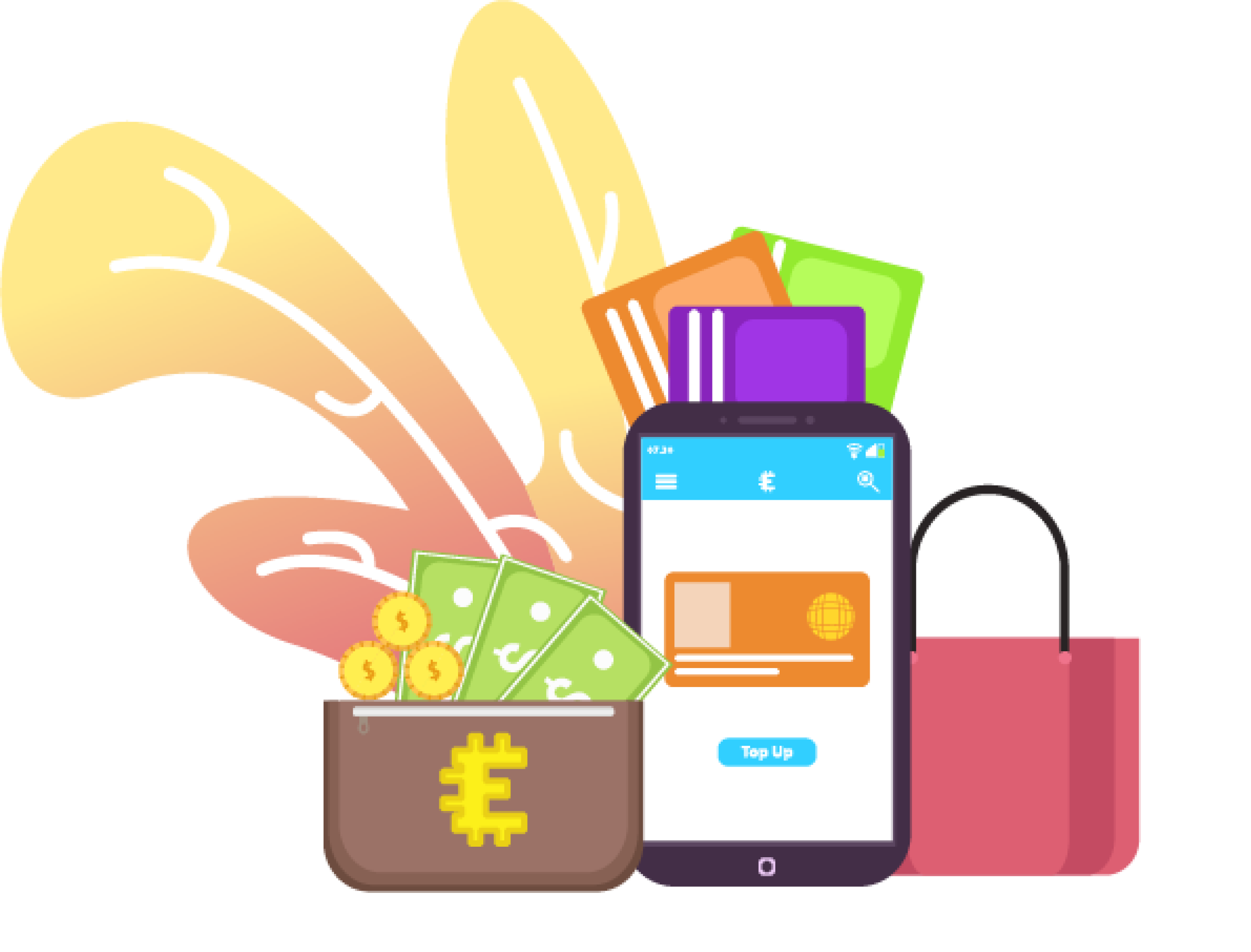 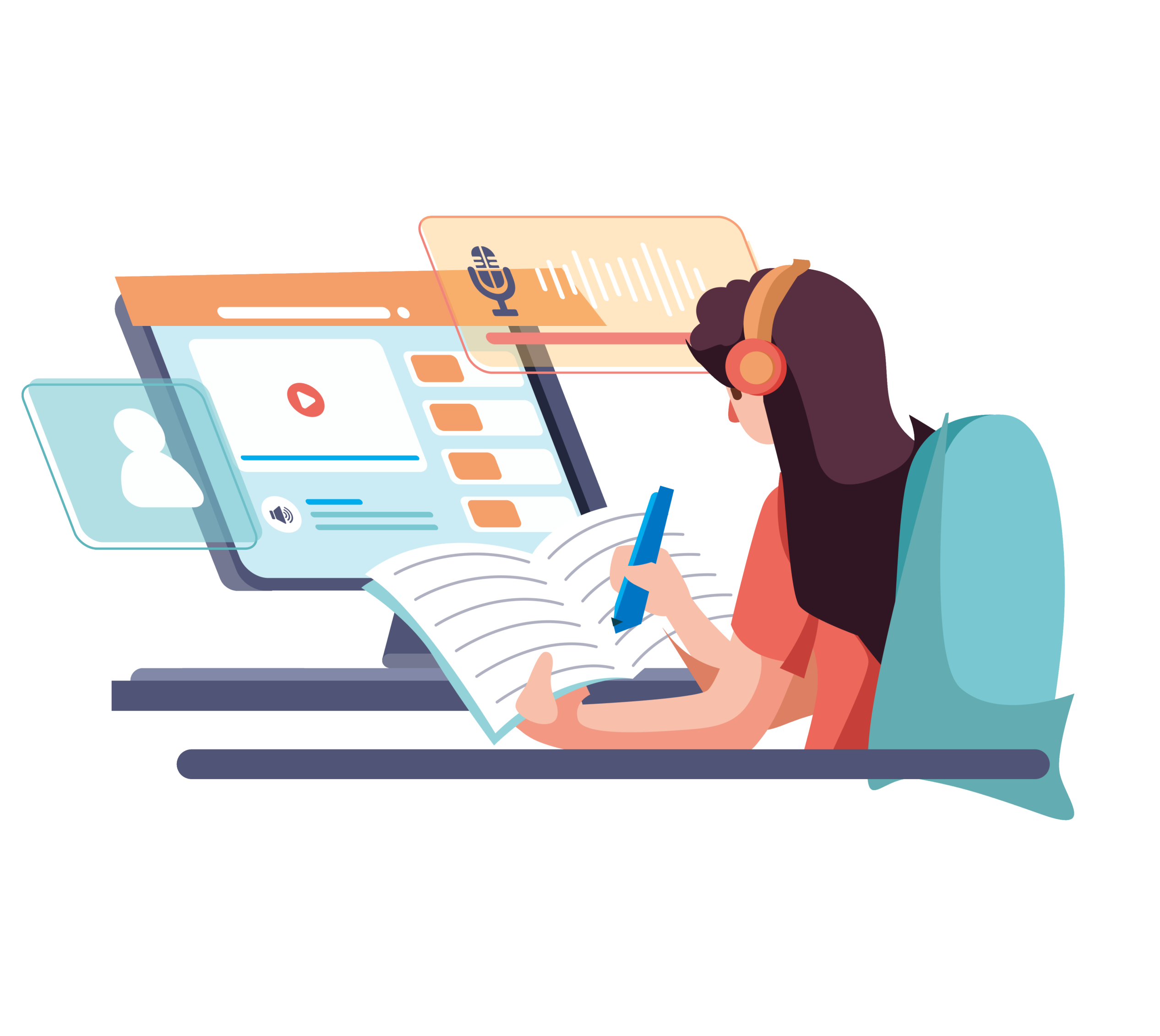 Business
Learn to Adapt, or Get Left Behind 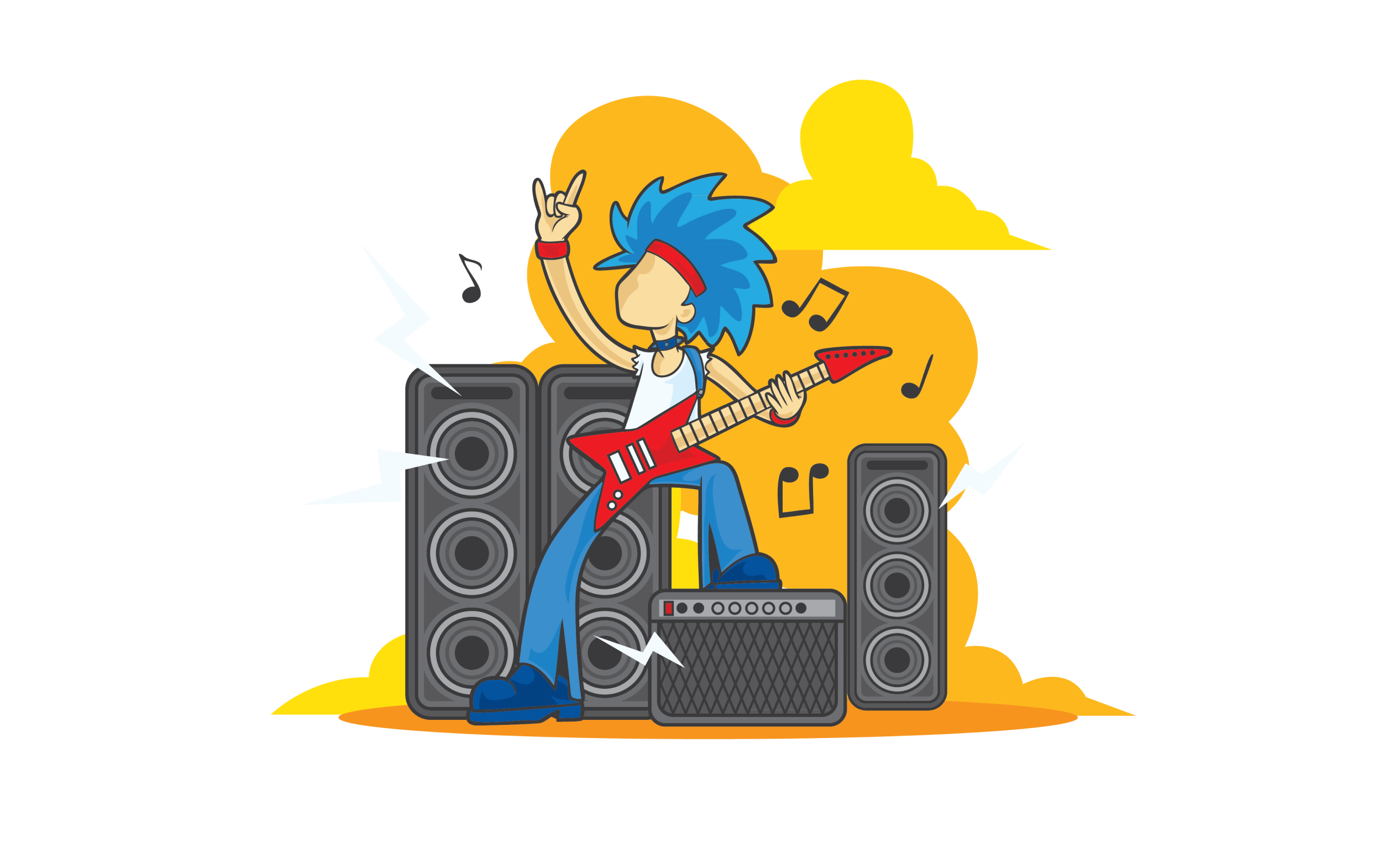