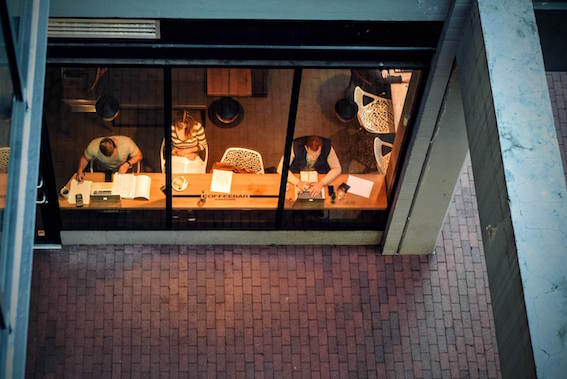 Overnight successes are usually anything but.

In most cases, what appears to be a sudden rise to prominence is often the the manifestation of years of frustration, trial and error and time spent honing one’s craft.

When it comes to success in the startup or corporate world, there is no fast track to a meteoric rise. However, there’s a number of examples of companies who after many years of said trial and error, eventually pivoted and in some cases also rebranded, to become the brands we know and love today.

Here are five of my favourite  ‘overnight successes’ that seemed to come out of nowhere.

Burbn was a confusing check-in app that tried to do too many things. It combined elements of gaming, checking-in to locations, earning points and photo-sharing. Without much traction, co-founder Kevin Systrom noticed that users engaged most with posting pictures on Burbn. He streamlined the user experience into until all that was left was a lean photography app with the ability to comment and like. Within hours of launching Instagram, it had more users than Burbn had acquired in more than a year of work. Instagram was acquired by Facebook in 2012 for $1 billion.

2. Yelp was an email system

The original idea behind Yelp was an email-based referral network. The platform allowed people to contact others for recommendations on local businesses. Yelp's initial email-based system was convoluted and the idea was rejected by investors and did not attract users beyond the cofounders' friends and family. A review of the data collected showed that users did not answer requests for referrals, but were using the "Real Reviews" feature, which allowed them to write reviews for fun. Yelp successfully capitalised on the market for online reviews of local businesses. In 2016 alone Yelp recorded a revenue of USD $713 million and as I’m writing this, currently has a market cap of USD$2.5 billion.

Pinterest evolved from a mobile shopping app called “Tote.” The app allowed people to browse and shop their favorite retailers, and sent them updates when their favorite items were available and on sale. The co-founders of Tote realised that its users were primarily using the app to build “collections” of their favorite items, and sharing these collections with friends. This was the genesis of Tote’s evolution to Pinterest in 2010. Pinterest generated $100 million in revenue in 2015 and has raised more than $1 billion in venture funding.

Launched on Valentine’s Day in 2005, YouTube started as a video dating site with the unofficial slogan "Tune In Hook Up”. However, the original idea never gained the traction it sought. The pivotal moment occurred when YouTube’s co-founders realised that users preferred to share videos of topics other than dating. Acquired by Google for around $1.65 billion in stock, YouTube users now upload over 35 hours of video per minute.

In 2007, The Point was an online fundraising site that supported social causes once enough donations had been acquired. This “tipping point” concept was then applied to discounts for local activities and services, all of which would only be unlocked if enough users signed up. Groupon eventually became the main business when The Point realised that there was a bigger market for discounted daily deals.