6 Lessons for Corporate Innovation Teams from the Downfall of Theranos

By:
Shay Namdarian
on
Corporate Innovation 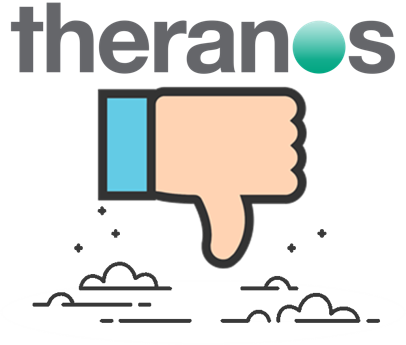 6 Lessons for Corporate Innovation Teams from the Downfall of Theranos

In 2014, Theranos was valued at over $9 billion and their founder Elizabeth Holmes owned 50% of the business. This made her an instant billionaire. Theranos was one of the most exciting startups in the world, with their technology promising to revolutionise the healthcare industry by enabling several blood tests from only a few drops of a patient's blood.

In 2018, Theranos ceased operations and both Holmes and her company president were indicted on wire fraud and conspiracy charges. Bad Blood, the recent best selling book by the Wall Street Journal’s John Carreyrou, outlines the rise and fall of the multi-billion dollar biotech startup. Luckily for corporate innovation teams, the Theranos journey uncovered several learnings that can be applied.

Here are six key learnings from the downfall of Theranos for corporate innovation teams.

1. Find your own identity

When it comes to corporate innovation teams - bean bags, ping pong tables, huge screens, and colourful walls are all great but they don’t make an organisation innovative. Going to work in jeans and a t-shirt doesn’t make you innovative either. Spend less time mimicking startup culture and focus on getting the job done, or as said startups would say, getting sh*t done. Everything short of moving the needle on innovation is just theatre.

As Peter Drucker famously put it, “culture eats strategy for breakfast”. Theranos failed to build a culture that employees actually wanted to be a part of. Their culture was built on intimidation and fear, leading to a high level of staff turnover.

Innovation teams need to build a culture that encourages employees to fail, celebrates quick wins and promotes experimentation. Reward behaviour that supports your innovation vision and most importantly have empathy for your team members so that they enjoy coming into work each and every day.

The management team at Theronas had very little trust in their team members and this was made evident through their leadership style. They would constantly question the loyalty of their employees and second guess their decisions. Their mindset was that if you were not prepared to show complete loyalty to the company then you should “get the f*ck out”.

Put trust in your innovation team members - don’t second guess what they do. A lack of trust will stifle their drive and creativity. Look to develop an ecosystem internally where people are not shut down for failing but encouraged to do so. If you are going to fail, fail fast and learn quickly. Set them up for success and equip them with the tools and techniques to generate new ideas and build them.

4. Do not create silos

Theranos went out of their way to create silos across the organisation to prevent any information leaking into the wrong hands. Different departments were not communicate with each other at all. Silos result in double up, misaligned objectives and different teams in the one organisation going down different paths.

It is common to see innovation being driven by various pockets of an organisation. Communication is imperative to avoid this from happening at your company. Educate the organisation on the vision of the innovation team and how it will operate. Run initiatives and events for the wider organisation to give every employee an opportunity to participate. Share what you are doing and ensure that all pockets in the organisation work together to drive innovation.

Theranos had a track record of overpromising and under delivering for their stakeholders. This resulted in them cutting corners so that they would not appear to be under delivering. They even started writing up fake Glassdoor reviews to balance out all the negative reviews from employees. Their lies eventually caught up with them.

Your innovation team needs to set expectations with the wider organisation but ensure they are realistic. Do not promise to build a new revenue stream raking in more than $1 million in the first six months. Set up and establish clear success metrics such as the number of experiments run or Return on Failure (RoF). Stay away from the traditional metrics of ROI and NPV as these often end up stifling innovation within an organisation. Innovation success metrics will also ensure your team has a collective understanding of what success looks like.

Employees at Theranos were scared to speak up and question any part of the business.  They were prevented from questioning aspects of the business that didn’t seem right. When staff would question something they were ignored or belittled, feeding into the toxic culture outlined in Learning #2.

To put it simply - if you never question ‘why’ then nothing is likely to change. One of the biggest reasons for corporate innovation teams being set up is to bring some element of change to the way the organisation has traditionally operated. Innovation teams need to create an environment where staff are encouraged to speak up and challenge the status quo. Just because something has always been done a specific way doesn’t mean it the right way. At Collective Campus, we recently challenged the 9 to 5 work day and ran our own experiment; the 9 to 3 workday. You can find out the results of the experiment here.

Our generation has witnessed one of the biggest ‘rise and fall’ stories in history. The downfall of Theranos has taught us that perception is sometimes not reality and corporate innovation teams need to avoid the trap of innovation theatre. If you are going to fail make sure you fail quickly and learn from it, but don’t forget to also take learnings from the failure of others before kick-starting your journey.