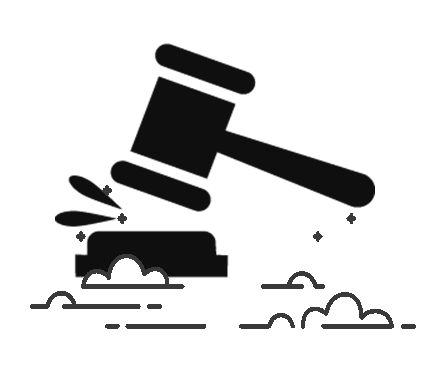 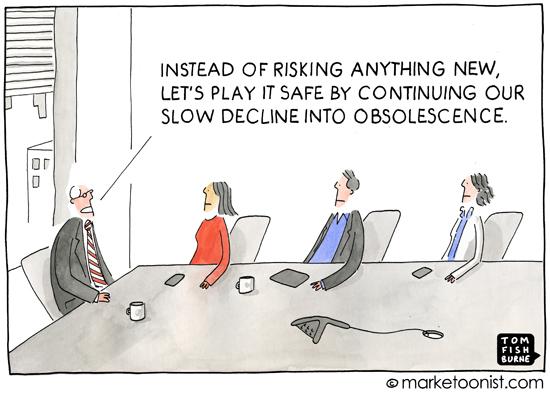 The way that legal services are delivered is changing thanks to advances in technology and business model innovation.

This is resulting in a shift towards affordable, standardised services unlocking a new market for disruptors and incumbents alike, efficiencies in how law firms deliver services and inevitably, regulatory changes.

Technology has reached an inflection point thanks to Moore’s Law, effectively the doubling of computing power every two years. The coalescence of deployable ‘good enough’ emerging technologies such as artificial intelligence, natural language processing, machine learning, blockchain and deep analytics is threatening the upheaval of almost every industry we know, not least legal services.

To put Moore’s Law into perspective, Peter Diamandis - founder of the X-Prize and Singularity University - says that if you take a one metre step today and double it every day, you would have walked over 1 billion metres after 30 days, equivalent to walking around the world 26 times.

This is precisely why Netflix today boasts a market cap of US$41B with just 4,000 employees whilst its predecessor, Blockbuster, could barely crack US$5B with a workforce of over 60,000 employees. Exponentially improving technology allows us to do more with less and that includes less humans.

The lower barriers to entry brought about by ubiquitous, fast internet access and cloud computing has opened the door to various forms of business model innovations that legal startups are pouncing on, including lawyer marketplaces, legal document repositories and online self-service tools.

A New Market in Non-Consumers

These changes are essentially unlocking what Clayton Christensen, author of The Innovator’s Dilemma, refers to as non-consumers, that is, people who have elected notto consume legal services for reasons often pertaining to cost.

For too long, most Australians couldn’t afford a lawyer for anything beyond the simplest legal issues. Lawyers normally charge between $200 and $600 an hour so anything but the simplest legal matter is likely to cost thousands and sometimes tens of thousands of dollars, whilst most lawyers ask for a significant up front payment. Chief Justice of the Supreme Court in WA, Wayne Martin, echoes these thoughts. “Big business can afford access to the courts, but the ordinary Australian can’t.”

Using technology and business model innovation to deliver what a lawyer would traditionally do means that people can gain access to justice for a significantly lower cost, thus activating members of the public who previously shunned legal services.

This is where the initial opportunities for legal startups lie. Non-consumers amount to early adopters for most consumer-facing legal startups, which for most technologies and innovations, usually makes up about 16% of the eventual market (see below). According to the theory of disruptive innovation, new entrants start at the low end of the market, targeting early adopters, eventually moving upmarket as their technology improves, mainstream acceptance increases and regulators soften their grip, displacing incumbents.

On regulation, what becomes apparent with many disruptive innovations is a loosening of the grip once it becomes apparent that customers, not incumbents, are benefiting. Think UBER, AirBNB and no doubt in the near future, fully-autonomous vehicles (already legislated in the US States of Nevada, Florida, California and Michigan).

Whilst incumbent firms might currently command a monopoly of sorts at the high end of the market where the representation of clients in court is restricted to those with a license to practice, it is not implausible to imagine that in some point in the short to midterm that regulators might change their stance, as the value provided by technology loosens its regulatory grip.

In fact, this is already happening in several jurisdictions abroad. In the US State of Washington, Limited License Legal Technicians (or LLLT’s) are trained and licensed to advise and assist people going through divorce, child custody and other family-law matters. In this case, Washington is an early adopter when it comes to changing legislation.

Parallels have been drawn between LLLTs and nurse practitioners who can treat patients and prescribe medication like a doctor, but aren’t allowed to conduct surgery. Like them, LLLT’s can’t represent clients in court, but they can perform a significant number of services previously restricted to lawyers, at a fraction of the cost.

It would not be unusual to see the breadth and depth of such services increase as technology improves and the public demands warrant a shift in legislation.It is at this point that the opportunity for disruptive innovations and companies to scale upmarket presents itself. This is what incumbents, who often point to existing relationships and regulations as defence mechanism, need to be thinking about.

In Australia, a number of legal startups are unlocking non-consumers and in some cases working directly with law firms to help them embrace technology to become more efficient and as such, open the door to business model innovations such as value based pricing and productisation. Effectively, professional services firms can increase scale and reach by productising work traditionally performed by junior consultants, thus allowing them to decrease their fees and access a greater share of the market, but maintain or increase margins, by cutting out salaries and related on costs of junior staff (office space, training, employee IT costs et).

Who are the Big Players?

LawAdvisor is a Melbourne based startup that makes it easier for businesses and consumers to access legal advice and simpler for lawyers to find clients. Founded in 2015 by Brennan Ong, a former recipient of the Chief Justice’s innovation award for developing the Supreme Court of Victoria’s case management system, the startup has raised over $1.1M including an investment from Google Maps co-founder Lars Rasmussen and Startup Grind. Law Advisory treads both sides of the line, delivering services directly to consumers as well as selling its technology to major law firms such as Madgwicks, Marshalls+Dent and Gadens.

Sydney based LegalVision has raised almost $6M, most recently closing a Series B round worth $4.2M, lead by Gilbert + Tobin. The company, founded by Lachlan McKnight, delivers legal services through a tech-driven business model which gives businesses across Australia access to more than 3,000 legal articles and 40 free legal documents. The company is now exploring the application of machine learning and smart contracts to deliver more efficient services as well as working with major international cities that have significant Australian trade flows.

What about the Law Firms?

Aside from merely partnering with and consuming the services of established legal startups, several firms have been prominent in taking steps to defend themselves from disruption.

The Mills Oakley Accelerator was established by Mills Oakley in partnership with the Melbourne-based corporate innovation school and consultancy that I head up,Collective Campus, to fund and accelerate the development of legal services innovations, providing Mills Oakley with an equity stake in a portfolio of emerging legal startups. The program has brought together the founders of LawAdvisor, LawPath and LegalVision to act as mentors to the program’s startups.

Mills Oakley CEO John Nerurker (left) is "looking for a concept that can change the way legal services are practiced or delivered".

King & Wood Mallesons has been teaching lawyers how to code and has devised a smart contract which it says keeps lawyers in a job. It also partnered up with Melbourne Law School to host a corporate legal hackathon for some of Australia’s brightest students. It also boasts a financtial technology team with expertise across blockchain technology.

Aside from leading the $4.2M Series B investment in LegalVision, Gilbert and Tobinwas recently awarded the Financial Times’ most innovative firm award for its legal hackathon, which was hosted in conjunction with Westpac and LegalVision. The company also has a 20-strong technology teach and an innovation officer responsible for assessing new technologies and implementing what they deem to be the best of them.

Failure to explore a change in how traditional firms do business is projected to have devastating effects on revenues in years to come, according to Beaton Research and Consulting (see below).

Traditional law firms must start to explore a move away from ‘old law’ and start to embrace ‘new law’, best embodied by fixed, value based pricing, productisation and automation of routine tasks and lower cost structures if they are to stay relevant and competitive in the increasing uncertain legal services landscape ahead.