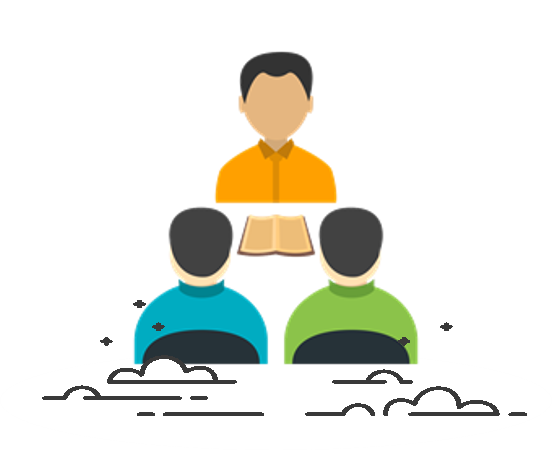 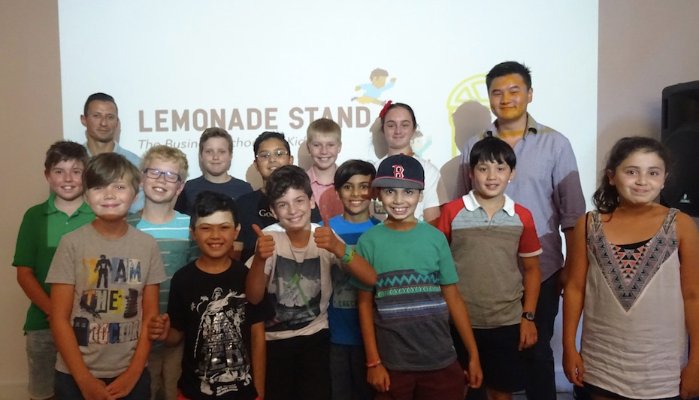 Lemonade Stand brought together 13 ten-year-olds from different backgrounds and parts of Melbourne to develop their entrepreneurial mindset and capabilities.

CEDA recently released a report which found that 40-60% of Australian jobs will be replaced in the next 10 to 15 years with technology and offshoring driving these changes. As such, the need for today’s children to be adaptable and develop the ability to reinvent themselves has never been greater. There’s no longer such thing as a “sure bet” when it comes to occupations. Accounting and law graduates are now finding scoring a gig after University increasingly difficult.

Our program combined a healthy dose of theory with practical hands-on application and fun in order to support engagement for what were nine hour days (50% more than what they're used to at school - it's okay, we survived!)

We first got the kids to draw the future which delivered some very interesting insights into the way children that have grown up with technology think. Robots (and robot police!), teleportation systems, drones and hover bikes were some of the features of tomorrow’s landscape with some of the darker drawings encompassing robots taking over (either these kids genuinely fear artificial intelligence and machine learning taking over or they’ve been watching too much Terminator 2).

We then delved into business fundamentals 101 and got the class to develop their understanding of different concepts such as products & services, business names and branding, customers, location, competition, packaging, supplies, costs, pricing, marketing, sales, financing and budgeting. We used a lemonade stand as a case study to help hone the children's understanding of these different concepts.

The children were lucky enough to be surprised by a guest speaker, straight from Silicon Valley, on day one of the program. Secret app’s Chrys Bader gave a five minute talk and answered a number of questions from the class on how he went about building an app that scored more than 15 million users and over US$25 million in funding.

One of the key messages that Chrys delivered was that he learned how to code by breaking things and that each time he broke something he’d learn what not to do and be one step closer to the right answer.

This was the perfect segway into day two as we dived into Lean Startup for Kids. The whole point of this exercise was to make them comfortable with concepts such as embracing small failures as a means of learning in order to make critical changes to their business models.

We used examples of businesses that children could relate to like an ice cream parlor to help bring home this message. We were quite encouraged when one of the parents dropped off their child for day two and said “the first thing he said when he got home was that it’s okay to fail as long as you fail small and learn and have enough money leftover to make changes.”

This mindset is a far cry from the ‘avoid failure at all costs’ mantra that is the social norm throughout schooling and the workplace. However, if we only ever take safe bets and avoid the path less traveled, we are unlikely to differentiate ourselves and almost sure not to innovate.

We gave the example of how Kutol, once a wall cleaner, ‘pivoted’ and became Play-Doh, a brand all of the students know well and love.

Design thinking concepts featured on day two as we introduced the children to customer jobs, journey and ethnographic mapping by asking lots of why questions.

Once children had honed in on a number of problems, they were introduced to ideation tools such as analogs and antilogs, the strategy canvas (using Nintendo’s Wii as an example) and the innovation card game, GEElab’s Futuredeck.

Ideas included a video game sharing platform, an all access pass for sports and recreation facilities and a gamified event and social network for fitness buffs.

Having decided on a solution, we guided the class through the completion of a business model canvas and subsequently, prototypes! Prototypes developed included mobile apps (using POP), web prototypes (using Instapage and Launchrock), lego prototypes, play-doh prototypes and perhaps, the most exciting for the class, 3D printed prototypes.

We were joined by our guest facilitators from 3D printing company Protoworks who taught the kids the basics of CAD design and had them print their designs on an Ultimaker 3D printer.

Finally, after all of the hard work of identifying problems, creating solutions, defining business models and developing prototypes, we asked the kids to develop pitch decks to present their ideas to the teachers, parents and resident startups at Collective Campus, which were an overwhelming success, scoring rave reviews from all in attendance.

It’s obvious to us that kids really enjoy learning about business if it is pitched at the right level and with the right tools. The concept of empowering themselves to build whatever they want is a compelling one for all concerned.

It’s encouraging that the Federal Government’s Policy Hack initiative singled out running a national Lemonade Day in schools to teach children business and embed entrepreneurship in the broader education curriculum.

We are happy to be playing our part in this initiative by taking charge and delivering a program that both children and parents thought was a success. Practicing what we preach at Collective Campus, we learned a lot from the experience - what went really well, what could be improved, what didn't work so well - and will take these learnings into subsequent iterations of the program.

It took us four months to go from idea to delivery, notwithstanding the fact that our primary focus and majority of our time is spent on innovation consulting for large organisations and educational workshops and events for adults, leaving little time for anything else. This is a testament to the startup and entrepreneurial mindset which is all about “getting **it done” and learning by doing, as opposed to paralysis by analysis and delayed, outsourced decision making which is prevalent across many sectors of our economy.

In an age when lost productivity costs the Australian economy more than $305 billion each year, teaching our next generation how to move with the speed of a startup and empower themselves to take control and make decisions can not come soon enough, particularly in an age where the rate of technological disruption and change means that standing still is not an option (65% of the Australian economy faces significant disruption).

We need to encourage discovery, not just delivery, amongst today's youth and we welcome other organisations to join the movement and foster a change in mindset amongst tomorrow’s leaders. But don’t take our word for it on the success of the program, hear from one of our students (who turned up to class in a Facebook tee on day one and a Google tee the next!) talking about his Lemonade Stand experience below!