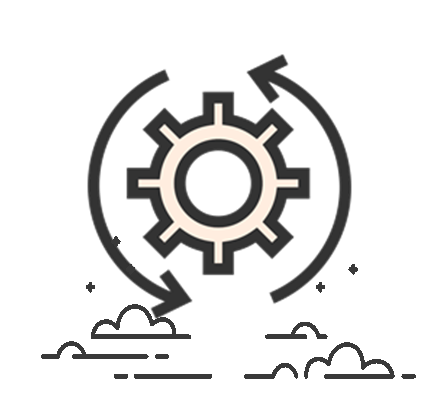 Many large organisations are guilty of taking old, oftentimes broken, processes born out of 20th Century necessity and digitising them. Such pursuits are internally heralded as shining example of innovation and digital transformation. However, this usually amounts to little more than expensive and at best incremental improvements.

Such improvements tend to serve only to marginally cut costs and/or stretch existing S-curves, leaving organisations susceptible to those who think about the application of technology differently and end up catching the next S-curve, as smartphones did when they leapfrogged feature phones. Technology has changed, and the way we solve problems needs to change with it.

One of the most powerful questions innovators and product development teams can ask when it comes to the application of new technology to old processes is why.

For example, legal services is an industry which for the most part, has remained unchanged throughout the course of its history, insofar as how legal services are delivered is concerned.

We’re looking at the imminent adoption of various exponentially growing technologies such as artificial intelligence and machine learning, which could and is slowly being applied by the legal profession. However, the question of how and where we apply such technology is critical. Applying new technology to old processes, which companies have done with varying degrees of success, is rarely the best path of action.

For example, let's take the following situation to demonstrate how focusing on the 'why this process exists' as opposed to the 'how we do it' can lend itself to radically different solutions.

Situation: Company A litigates against Company B in the Supreme Court

Focus on How: Company A’s lawyers work diligently to put together a case against Company B

Technology Application: Use AI to help lawyers diligently put together a case

Focus on Why: Company A wants to avoid loss

Technology Application: Use predictive analytics to determine the likelihood of success and avoiding loss

And that’s exactly what two law professors and a data scientist have done.

Law Professors Dan Katz and Josh Blackman teamed up with Michael Bommarito, a data scientist, to build a computer model capable of predicting the outcomes of arbitrary Supreme Court cases with an accuracy of about 70% – a strong result.

Instead of Company A taking a matter to the Supreme Court, they could determine to a fairly high level of accuracy whether or not it’s even worth expending financial resources, time and energy taking said matter to court, thus freeing up resources to focus on more profitable and rewarding endeavours.

By focusing on the why, we open ourselves up to more solutions than we could if we focused purely on the how things are done now.

What other examples of ‘out of the box’ technology application can you think of?