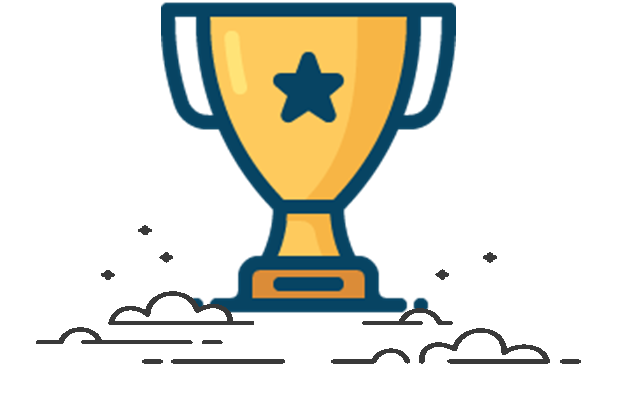 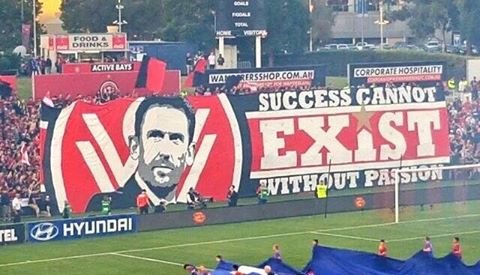 Those who know me personally know that I am a supporter of the Western Sydney Wanderers in the A-League, Australia's top tier football competition.

I was inspired to write this thought piece by a tifo, or banner to the football layman, which put forward the idea that 'success cannot exist without passion', something which is just as relevant for the team's coach Tony Popovic, who was immortalised on the banner, as it is for innovation and entrepreneurship.

But first, some context. The banner was unfurled on a day in which the Wanderers faced the Brisbane Roar in the semi-finals for a ticket  to the grand final. The Wanderers were twice previously vanquished at the final hurdle by the Roar and so no doubt faced significant mental adversity.

This adversity was made all the more difficult when the Wanderers, playing on home soil, found themselves 3-0  down within 23 minutes of kick-off.

However, in a dramatic turn of events, the Wanderers soon found themselves on equal footing less than 30 minutes later, eventually winning the game in extra time 5-4. Sounds crazy right? You can watch the video recap here.

So what does this have to do with innovation?

Successfully developing truly disruptive innovation is akin to being 3-0 down against your old enemy, with no visible way back, but like the Wanderers...successful corporate intrapreneurs and startup entrepreneurs must embody the following personal attributes:

Passion - if you aren't passionate about what you're working on then chances are you'll leave many stones unturned.

Resilience - success with disruptive innovation is anything but linear. Resilience is critical to endure countless set-backs.

Self Belief - when you're building something that there may be no existing market for, when you're being rejected by clients, partners and investors, you need more self-belief than almost anything else.

Fitness - building disruptive innovation requires intense focus and time commitment. A healthy body, mind and spirit provide the foundations to be able to perform at the level required for a sustained period of time.

As for the Wanderers, they'll be playing the minor premiers (the team that finished on top at the season end) in the grand final and will need all of the above in droves to bring home their first ever A-League trophy in what will be their third grand final appearance. The third time's a charm, right?!