10 Strategies For Changing Company Culture... To Infinity and Beyond! 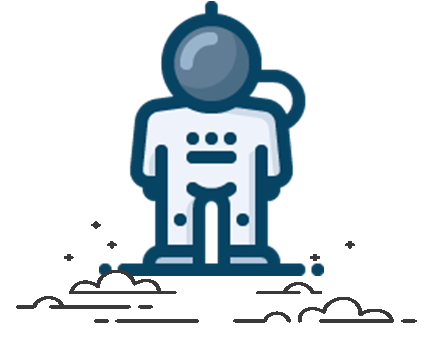 10 Strategies For Changing Company Culture... To Infinity and Beyond!

I recently had the pleasure of interviewing Lawrence Levy for the Future Squared podcast. Lawrence was CFO of Pixar Animation Studios from 1994 through to 2001 (in Pixar terms, from Toy Story to Monsters Inc) and maintained a Board role with the company through to 2006, the year Cars was released.

Lawrence recently penned and released To Pixar and Beyond: My Unlikely Journey with Steve Jobs to Make Entertainment History, which was an Amazon Best Book of 2016 in Business & Leadership category. The book chronicles how Steve Jobs called Lawrence out of the blue and persuaded him to join Pixar and turnaround a company that was on the verge of failure. The conversation I had with Lawrence was therefore as enthralling as it was insightful.

Levy worked closely with Jobs and the Pixar team to design and implement a roadmap that transformed what was a sleepy graphics art studio into one of Hollywood’s greatest success stories, having since generated lifetime box office revenues of US$10.8B.

Levy delivered key insights on how to balance financial objectives with creativity and innovation -  something at the core of what Pixar does, as well as how to build a culture where people are free to fail and make creative mistakes in order to break through to doing their best work.

Having found this conversation profoundly valuable, I decided to summarise the key take-aways.

SO without further ado, I bring you 10 strategies for changing your company culture:

Before Toy Story was finally released in 1995, Pixar was effectively a well backed startup. The original manifestation of Toy Story was Tin Toy, a short film developed in 1988 which although it received an Academy Award for best short film, came seven years before Toy Story proper finally saw light of day. What the company’s management required during this long, drawn out phase was what Levy calls a healthy dose of naivety, or in Steve Jobs’ case, a ‘reality distortion field’.

2. Strike a balance between business and creative objectives

One thing Pixar honed was the very delicate harmony between financial objectives and creativity. Levy says that companies should work hard to establish a culture that allows these tensions to work together. A significant factor that supports this is aligning investor expectations.

Pixar was intentional about how it raised funds for Toy Story’s production budget. It was looking for investors who bought into the vision and understood that Pixar’s creative process might require script re-writes, costly mistakes and years of effort before anything resembling a return would be generated, if at all. This gave the team budget and time to get creative and not worry about quarterly earnings reports or investors pressuring the company into going to market prematurely. Transparency with investors communications when raising was key to getting the right people on the bus.

4. Create the conditions for creativity

“You can’t regulate creativity - you can only create the conditions for creativity to take place”, says Levy. This means aligning processes, incentives, systems and values in order to support and encourage experimentation, risk taking and ultimately, failure. Running design thinking workshops in isolation is rarely enough.

Levy shares a beautiful analogy of a large cruise liner and a small speed boat. The liner is far more likely to be able to cross the Atlantic safely and slowly. However, the speed boat can move faster and discover much more in a shorter period of time, despite being a much riskier craft. To create the conditions for creativity, we need to create the organisational equivalent of a speed boat.

5. Develop a roadmap for success

Pixar worked diligently to develop a roadmap which explored everything the company would need to be conscious of to emerge triumphantly. This included factors such as scale rate, talent (they literally developed a process to scour the world looking for the absolute best fit for purpose talent) and who has control over creative decisions.

Something we learn in Management Accounting 101 but also a powerful tool when trying to get buy in for innovation, effectively communicating decisions and mapping out the risk and potential reward of different approaches. Having a complete view of alternative possible outcomes makes risky decisions, inherent to innovation, somewhat easier to make.

7. Build in a buffer for creative mistakes

Levy says that creative mistakes are often essential to breakthrough innovation and in order to foster these breakthroughs, you need to bake in budget for them. In Pixar’s case he tells us, a script re-write halfway through production can cost the company US$20M so having a buffer, and being transparent about this with key stakeholders, investors and so on is critical. Of course, you want to make your mistakes cost as little as possible which is where frameworks and tools like customer discovery, the lean startup and rapid prototyping come in handy, because not every company will be able to build in a multi-million dollar budget for mistakes.

8. The creative process is like the maturation of a fine wine

The creative process does indeed take time. In Pixar’s case, four years from the date an agreement was struck to produce Toy Story to finally hitting the silver screens and grossing US$383M in box office revenues.

9. Leadership is critical to maintaining morale and momentum

The creative process can take time and face lots of ups and downs - startups call the downs the ‘trough of despair’, which calls for astute leadership in the face of adversity and uncertainty. Levy uses the analogy of being at the bottom of a hill, “and it’s dark and wet and stormy, but we’re going to work as a team and we’re going to make it”. It’s important to rally the troops against a common enemy or challenge and align them towards a common goal.

A great example of this is Elon Musk addressing the employees of SpaceX after the company’s Falcon 1 rocket exploded mid-air after trying to make it to orbit unsuccessfully for the third successive time. “There should be absolutely zero question that SpaceX will prevail in reaching orbit and demonstrating reliable space transport. For my part, I will never give up and I mean never.”

Pixar Chief Ed Catmull speaks of the ‘braintrust’ that the company has been using since the early days in his seminal book, Creativity Inc. The braintrust brought together smart, creative people on a monthly basis to speak candidly about the company’s latest film and if something sucked, they were encouraged to say so and spare no feelings. Levy is convinced that “it’s impossible to do great, innovative work without it” and refers to innate human pitfalls such as confirmation bias as a significant reason as to why. Ensure you have a process in place to speak candidly without the fear of recourse.

You can listen to the full interview on Future Squared from Sunday March 16.