Can an Employee be an Entrepreneur? 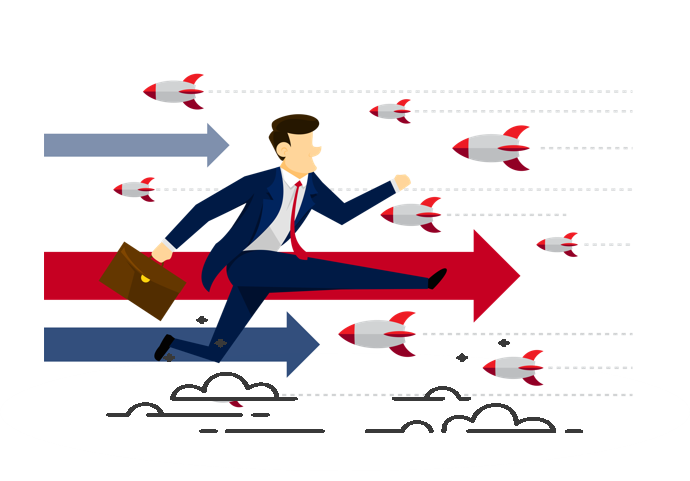 Can an Employee be an Entrepreneur?

I recently concluded an intense but rewarding podcast tour in support of my now newish book, Employee to Entrepreneur.

Having appeared on over 50 podcasts, I thought I had been asked just about everything on the topic of making the aforementioned leap. That was until I spoke with Erik Fisher of the Beyond the To Do List podcast. Erik took a different approach and asked me whether or not an employee can be an entrepreneur.

I rattled off some initial thoughts that came to mind, but the first thing that comes to mind isn’t always the best, so I continued to ponder the question after the interview.

What does it mean to be an entrepreneur?

It’s helpful to first define what it means to be an entrepreneur and dive into the attributes that underpin entrepreneurship.

VC and marketing icon Guy Kawasaki echoes Blank’s sentiments and says that “entrepreneurship is more than a job title, it’s a state of mind”.

An entrepreneur challenges the status quo, and attempts to solve problems and create value by taking something fundamentally new, but fraught with uncertainty and risk, to the world.

This definition obviously excludes the small business owner who simply copies a model that has worked thousands of times before all over the world.

Character attributes of the entrepreneur

There are numerous attributes and behaviours that underpin entrepreneurship, and I’ve tried to distill the most commonly occurring ones based on hundreds of books, blog posts, and podcast episodes that I have distilled and synthesized over the years.

Attributes of the entrepreneur’s environment

The attributes that underpin the entrepreneur’s environment are almost as critical to consider. To stop short of reviewing the environmental attributes is akin to referring to someone who only ever spars as a boxer, despite the fact that they have never stepped into the ring for a competitive bout.

The environment that an entrepreneur finds themselves in, particularly during the early stages of the company lifecycle, tends to be plagued by:

So, can an employee be an entrepreneur?

Now, to determine whether an employee can truly be an entrepreneur, we can map these key attributes to the realities of being an employee in an established organization. I will preface the following by stating the obvious; all organizations are different, and that the view below is based on my assessment of where most large companies with more than 500 employees sit.

One can indeed demonstrate entrepreneurial attributes at such a company, but they would struggle to take ownership and run with their decisions, as most decisions — regardless of how inconsequential they might be — usually require multiple parties to come to the table, numerous meetings and dreaded committees. This drastically slows down the doing, learning and adapting to new information that is central to early-stage entrepreneurship.

An employee is more likely to find themselves in an environment that is the antithesis of the entrepreneurial environment; low uncertainty, a proven business model, millions (if not billions) in revenues, a regular paycheck regardless of performance, access to financial, technological, human and brand resources.

You can definitely be entrepreneurial inside a large organization. You can hustle your way to getting executive buy-in for new ideas, and execute on those ideas (probably painfully slowly), but you can’t call yourself an entrepreneur per se. The environments are simply far too different.

To build upon the boxing analogy I introduced earlier, sparring might leave you with an accidental bruise or cut if you’re trading punches with an over-excited amateur, but a competitive bout might leave you unconscious, hospitalized or even, dead. With the safety net of a regular paycheck, and without the constraints that an entrepreneur has to wrestle with — which tends to draw out creativity, hustle and sheer tenacity — it’s difficult to replicate true entrepreneurship inside a large company.

The sacrifices that an entrepreneur has to make — such as foregoing financial security and in some cases, personal relationships, and investing several years of their life into an idea that has a 95% chance of failing, goes far beyond the sacrifices that an employee at a listed bank would have to take to build new things.

Having said that, and this is where I throw a proverbial curveball, by embodying entrepreneurial traits in a large organization where you have considerable assets at your disposal, you could (if you effectively navigate the pitfalls of trying to get anything done at a large company), create a lot more value and impact than most entrepreneurs do, because to put it simply, most entrepreneurs fail, and most startups suck.

As Theodore Roosevelt put it, the rewards go to the man or woman who is actually in the arena, whose face is marred by blood, sweat, and dust.

You can make an impact in both the entrepreneurial arena and the corporate one, providing you can navigate the pitfalls of your environment and focus your attention on true value creation.

Steve Glaveski is the co-founder of Collective Campus, author of Employee to Entrepreneur and host of the Future Squared podcast. He’s into everything from 80s metal and high-intensity workouts to attempting to surf and do standup comedy.