Creativity is Having Many At Bats 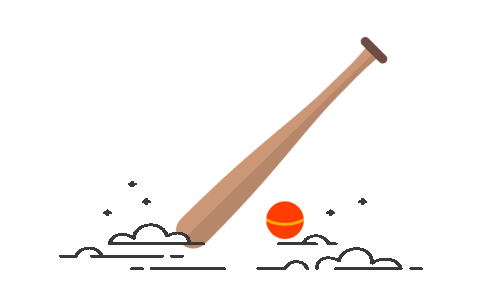 Creativity is Having Many At Bats

Customized baseball bats, personalized shampoo and dog food formulated for individual dogs — these were just some of the ideas that Netflix co-founder, Marc Randolph, pitched to Reed Hastings, before coming upon the idea that would eventually become the streaming service we all know and love today.

Threshold, Reaper, Fertile Ground — just some of the critically and commercially unsuccessful titles that author Ben Mezrich penned before he struck gold with Bringing Down The House and Accidental Billionaires, books that would be adapted into the box office hits, 21 and The Social Network, respectively.

Projects in the Jungle, I Am the Night, Metal Magic… these are just some of the handful of forgotten albums that prominent heavy metal band, Pantera, released throughout the 1980s, before finally striking oil with their 1990 release, Cowboys From Hell.

As Jeff Bezos of Amazon puts it, “we all know that if you swing for the fences, you’re going to strike out a lot, but you’re also going to hit some home runs”.

Author, Adam Grant, echoed these sentiments, saying that “you need a lot of bad ideas in order to get a few good ones. One of the best predictors of the greatness of a classical composer is the sheer number of compositions that they’ve generated. Bach, Beethoven and Mozart had to generate hundreds and hundreds of compositions in order to get to a much smaller number of masterpieces”.

Your probability of success inevitably increases with every swing you take. The laws of the universe are on your side. Not only that, but you get better at swinging the bat the more you do it, further bolstering the probability of hitting a home run.

As 80s rock God, David Lee Roth, put it during an appearance on the Joe Rogan Experience — “it took us 5 minutes to write (fan favorite) Running With The Devil…after honing our craft playing clubs for twenty years”.

Know When To Stop

But here’s the thing. This is all contingent on not overinvesting time, money and energy into the wrong things so that you free up space to take those subsequent shots. We are all liable to fall victim to the sunk cost fallacy and keep investing in a sinking ship because we’ve invested so much time and money into it already.

Consider my Medium posts. I’ve published 175 articles in the past three years. Most of these have bombed (this one might too!) — most get little to no engagement. But about once out of every ten swings, I hit a home run, a post like this one that went ‘viral’, thanks to a little love from Naval Ravikant, and received over 17,000 views in a short amount of time.

42 Lessons from Alan B Krueger’s Rockonomics

How to Evaluate Ideas

How to Sell your Idea to Management

10 Innovation Labs to visit in Singapore