Remote Working and COVID-19: The Revolution We’ve All Been Waiting For? 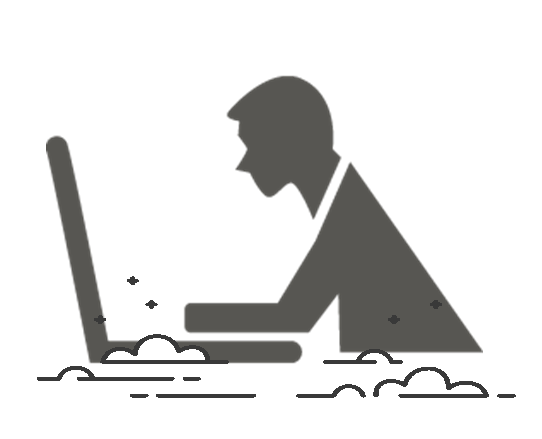 Remote Working and COVID-19: The Revolution We’ve All Been Waiting For?

COVID-19 has had a deleterious effect on our world as we know it.

First, it sent sharemarkets into a downward spiral, then it put countries such as Italy into lockdown, and forced the cancelation of festivals such as SXSW (something the author of this article was going to attend — bummer!).

Oh, and who can forget ‘toiletgate’ — Australians, embarrassingly for me, stripping grocery stores bare of necessities such as toilet paper, hand sanitiser, pasta, rice and Vegemite. I have since warmed to the southern European institution that is the bidet!

However, COVID-19 has also forced many high profile companies to enact remote working procedures — companies such as Box, Amazon, Airbnb, Facebook, Google and Microsoft are all telling employees some variation of “work from home”.

This forced experiment is in many respects a long overdue one.

In fact, I recall thinking to myself that I should have been working remotely most of the time as early as the late 2000’s. Then, I worked for the likes of Ernst & Young, and even back then, over a decade ago, I used remote-access VPN with two-factor authentication to log in to our team’s centralised files, my email and our instant messaging platform to communicate with colleagues.

The capability was there, but the culture was not keeping pace.

From Algorithmic Work to Heuristic Work

Today, most leaders and managers (they are not the same thing) still conflate hours worked with output, and presence with productivity.

They do this despite the fact that the industrial revolution ended one hundred years ago and the nature of our work is no longer that of packing widgets into a box.

In a time when we are paid a premium to actually think creatively and to solve complex problems— heuristic work that requires us to harness focus and mental energy, as opposed to the algorithmic work from the days of yore — conflating presence with productivity makes no sense at all, and can actually be incredibly counter-productive.

As I wrote for Harvard Business Review in The Case For The 6-Hour Workday:

Heuristic work requires people to get into the physiological state of flow, coined by Hungarian-American psychologist Mihaly Csikszentmihalyi in 1975. Flow refers to the state of full immersion in an activity, and you might know it best as “the zone.” A 10-year McKinsey study on flow found that top executives are up to 500% more productive when they’re in a state of flow.

Many of today’s organizations sabotage flow by setting counter-productive expectations on availability, responsiveness, and meeting attendance, with research by Adobe finding that employees spend an average of six hours per day on email. The average employee is being interrupted 50–60 times a day, and 80% of those interruptions are not important. Employees are in a constant state of distraction and hyper-responsiveness.

And as Adam Grant points out, “like most humans, leaders are remarkably good at anchoring on the past even when it’s irrelevant to the present.”

We’re Laggards When it Comes to Remote Working

While effective remote working tools have existed for well over a decade — it was once known as ‘telecommuting’ — most of us are still expected to turn up at a physical office for at least four days a week.

A token weekly work from home day has become the defacto standard at most companies, but boy do those eyebrows raise when you elect to work remotely for a second day that same week!

While there is indeed benefit to the osmotic communication that comes with physical presence, and the team building and camaraderie that occurs when everybody is in the same building working towards a common goal, this need not be an every day affair — especially not when you consider the environmental and mental costs of commuting to and from said office, and the health costs associated with forcing night owls (40% of the population) to wake up at 7am.

While the tide has been slowly shifting on the flawed notion that one needs to be at the office to get stuff done, COVID-19 might come with a silver lining that accelerates this shift away from our ingrained belief systems and way we’ve always done things.

This forced experiment might demonstrate to leaders that, actually, our people perform better when they spend most of their time away from the office, free from countless distractions.

This is something that Y-Combinator head honcho, Paul Graham, anticipated in the following tweet.

While it has never been easier to build and manage a globally distributed team of resources, few companies genuinely do so. There are notable and well worn exceptions such as Automattic, and to a lesser degree — because of their smaller size, Basecamp.

But the larger an organisation gets, the more it tends to get embroiled in a culture of consensus seeking, which sees people spending most of their time in meetings, and little time, if any, in flow, getting sh*t done.

Having run Collective Campus with a distributed team of more than 50 designers, developers, facilitators, consultants and VAs for over five years now, and drawn from the insights of others in the space, below are some key considerations, tools and techniques that can be the difference between success and failure when it come to remote work.

Remember, what matters is output and outcomes, not presence or how many hours one has spent staring at their screen (eleven is the average globally — yikes!).

You can use tools such as Asana, Trello or Basecamp to manage visibility of your own and of other people’s work, and instant messaging platforms such as Slack or Microsoft Teams to communicate asynchronously — because not everything is urgent — most things aren’t.

You can run your daily, or weekly standups, virtually through such platforms, and host meetings virtually through the myriad platforms now available for video-calling and screen-sharing (see Zoom, Google Hangouts, Skype for Business, GoToMeeting etc).

If the right systems are in place, and the right people are on board, managers should have no more issues with a remote workforce than they would with a local one — in fact, they might just find that their workforce is more productive, healthier and happier than ever.