Super Mario and the 80/20 Principle 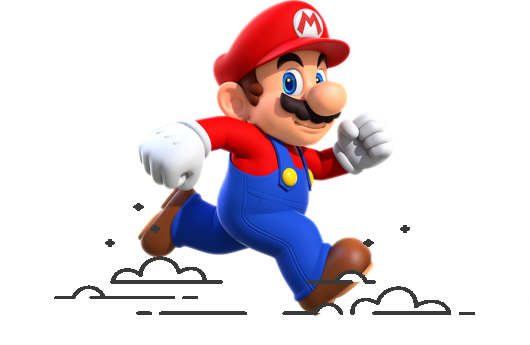 Super Mario and the 80/20 Principle

Italian economist Vilfredo Pareto noted the 80/20 connection while at the University of Lausanne in 1896, and published his findings in his first work, Cours d’économie politique.

Pareto showed that approximately 80% of the land in Italy was owned by 20% of the population.

But this phenomena doesn’t stop there.

This universal law of nature shows up everywhere.

That means that about 4% of an organization’s customers might be responsible for 64% of the revenues.

I decided to test this theory by applying it to the delightful example of video-games, inspired by a recent conversation with Blake Harris, author of Console Wars: Sega, Nintendo, and the Battle That Defined a Generation.

Nowadays, walk onto any form of public transport and you’ll be hard-pressed not to find people of almost any demographic playing mobile games. The convergence of cloud, mobile and social has resulted in a 10X increase in the number of gamers in the world, which today stands at more than 2.3 billion, while 45% of US gamers are now women, thanks in no small part to mobile gaming.

It’s not hard to find examples of the Pareto Principle at work when it comes to mobile gaming.

The top 30 Sony Playstation games of all time sold a combined 115 million units.

The top 20% (or twelve games), sold 131 million units, or 59% of total units. The list was topped by Kinect Adventures, Grant Theft Auto V and Halo 3.

And finally, an old childhood favorite of mine, the Nintendo Entertainment System.

The results are more 60/20, than 80/20, perhaps because we’re taking a sample of the highest-selling games of all time and ignoring the long tail-end of also-rans and bombs. What’s striking though, is that in all of these cases, the top 20% of these consoles’ bestselling games account for about 60% of sales in the cohort.

What this tells us is that, whatever your focus — videogames, sales channels, marketing strategies, customer segments, product features, employee hires, and so on — the universe will almost mandate that the top 20% will deliver the lion’s share of the value (or on the flipside, the lion’s share of the pain, as is the case with difficult customers or employees who you might be well advised to let go).

In order to get the absolute most out of your time, money, and improve your performance many times over, identify and amplify your 20%, while eliminating or spending proportionately less time and money on the 80%.