Use Surrogate Goals To Maintain Your Team’s Motivation 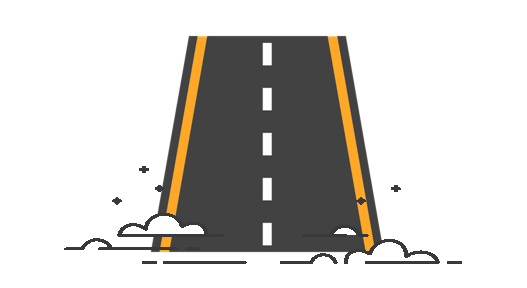 Use Surrogate Goals To Maintain Your Team’s Motivation

When we embark upon a long, audacious journey, such as building an entrepreneurial venture, our over-arching goal might be several years into the future.

We, along with our team, might start out with unbridled enthusiasm, but a year in motivation is waning because it might feel like we’re investing countless hours and getting absolutely no closer to our endgame.

It can be a little like going to the gym. If your goal is to lose 10 kilos, and you’ve been working out and eating lean for a month, but you’ve seen little evidence of this on the scales, then you might begin to question your approach, and your motivation will start to slip.

In the 1960s, psychologist Edwin Locke posited that goal setting is linked to task performance. In particular, Locke put forward the idea that specific, explicit and challenging goals, along with feedback, contribute to motivation and higher performance.

Goals give us direction about what needs to be done and how much effort is required.

Locke and his team conducted numerous studies to build a case for their theory. In a 1974–75 study, they found that unionized truck drivers increased the number of logs loaded onto their trucks from 60 percent to 90 percent of the allowable legal weight as a result of setting goals. This saved the company $250,000 in nine months.

A short feedback loop is essential to keeping motivation high, and it has four discreet stages:

But a very long feedback loop, essentially renders our missing information, not seeing the paths ahead and unable to confidently take action. This deprives us of a sense of control. It leaves us feeling unmotivated because we’re not seeing any forward progress — we’re just toiling away ad infinitum.

So when it comes to long-term projects l building a startup, it can be tempting to default to the big exit being the reward. But the thing about the big exit is that it can take most venture-backed startups that get to that point (about 60% don’t) in 8 to 10 years.

This is why Scott Belsky of Behance supplemented his teams short term rewards with incremental rewards he made out of the blue, or what I like to call surrogate goals.

It’s critical that you celebrate small wins, he stressed in an episode of the Future Squared podcast (below), but that you don’t celebrate fake wins at the expense of hard truths.

For example, getting some media play might be nice, but if your leading indicators like website visits, returning visitors and advertisement click-rates are all dropping fast, then you should probably divert your attention accordingly.

As such, it makes sense to focus on leading indicators and to supplement your longer-term metrics with surrogate metrics.

If it’s losing weight, then the surrogate goal might be the number of days you show up to the gym, or consuming less calories than usual or some other such leading indicator that over the longer term, is more likely than not, to result in your desired goal being reached.

By supplementing your long-term goal with leading indicators, or surrogate goals, that are aligned with those longer-term goals, you keep team motivation high, you can adapt to realities on the ground more readily, and are less likely to feel like you’re in a deep, black hole, even when you’re more than halfway to your chosen destination.